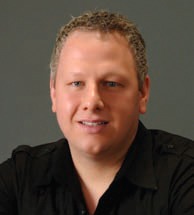 At just 35 years of age and already a 15-year veteran of online gaming, Joe Versaci has a competitive nature that has helped establish his leadership in the industry. A self-described “gambler at heart,” Versaci is confident that betting on himself has been the key to his success.

With a résumé featuring such titles as marketing director for PokerStars, chief marketing officer for Virgin Gaming and chief marketing and operations officer for Ultimate Gaming, Versaci has had the opportunity to offer his senior-level expertise to some of the industry’s most groundbreaking entities.

Sometimes, tough decisions had to be made for him to move forward. Versaci recalls, “The decision to move to the Isle of Man when PokerStars was opening their office was a pivotal point in my career. My wife and I agonized about the move and decided together that staying in the U.S. would not provide the career opportunities that being in the head office could offer.

“We looked at it as an adventure and a sacrifice, and it was both. Being around so many passionate and brilliant individuals prepared me to tackle the challenges I would face later in my career.”

Embracing such tenets has allowed Versaci to take on and accomplish some audacious goals in his career.

“I am most proud of my role in bringing Ultimate Poker to market as America’s first regulated real-money online poker site,” Versaci says. “I set the goal to be the first to deal regulated online poker in the U.S., and with support from the team at Station Casinos and more hours than I care to recall, we successfully built a team and a strategy and, to the surprise of most of the gaming world, we beat all the larger, more established gaming companies to the market.”

When asked to identify his mentors, Versaci talks about the influence of Allen Ross and Isai Scheinberg, and says he aims to take of their life lessons in his newest venture, Versaci Interactive Gaming, Inc.

“Allen is the one who opened my eyes to the fact that I could make a living in this industry, and Isai was quite simply the most intelligent, savvy and driven person I’ve ever met,” he says.

Versaci believes in cultivating experience and confidence by giving every member of the team a voice.

“Our company structure is deliberately flat,” he explains. “We conduct our diligence up front to ensure the people allowed into the fold are bright, hard-working and a fit for our culture. When a team gets along well and shares the same vision, the sky is the limit for everyone.”

Versaci asserts that the innate understanding of technology, social media and online commerce cultivated in today’s young professionals will most certainly position them to excel in the new landscape of brick-and-mortar as well as interactive gaming.

“I’m looking forward to taking on the challenge of bringing our new platform to market,” he says. “While I have operated, marketed and developed online gaming systems for more than a decade, it’s a different level of eagerness and anticipation when it’s your baby. I can’t wait to put our products into the wild and see how they are received.”