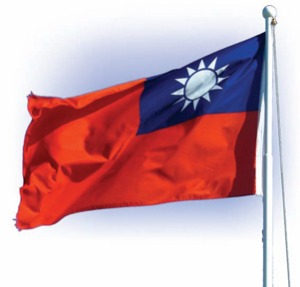 For the past month, those who follow Taiwan gaming have all been trying to figure out one question: Is Taiwan shifting its policy toward main-island gaming?

For the full story, one needs to first examine comments made by a Chinese official in the Taiwan Affairs Office in Beijing.

On February 27, the spokeswoman of the Taiwan Affairs Office of the PRC’s State Council Fan Liqing was asked to comment on Matsu’s pursuit of establishing a special gambling zone to boost tourism. In response, Fan said China has clear restrictions against gambling, and that the rules regarding cross-strait tourism exchange also state that travel agencies are not allowed to make arrangements for (Chinese) tourists to participate in any gambling activities.

People who follow Taiwan gaming and Taiwan-China politics believe that these comments were simply a restatement of the PRC’s current general official position on gambling, and that it would be a mistake to assume they reflect a State Council decision specifically to discourage PRC citizens from traveling to Matsu to gamble.

The Taiwan Affairs Office has not issued any press release or other statement since the February 27 press conference reiterating or expanding on Fan’s response. Fan’s comments were reported by the Taiwan press, but they did not cause much debate or attract much attention among those who follow gaming developments in Taiwan. Her comments also did not appear to impact the Taiwan government’s efforts to pass the gaming law or Matsu’s pursuit of casino gaming.

Fan’s comments did not matter much until October 7. On that day, Taiwan Minister of Transportation and Communications (MOTC) Yeh Kuang-shi was asked by a Matsu legislator about the government’s plan to support Matsu’s effort to upgrade its airport. Yeh said the ideal solution would be to require investors to commit to paying for the upgrade of the airport as part of Matsu’s casino license bid.

However, since mainland China has indicated it will not allow Chinese citizens to visit Matsu to gamble, it may not be practical to accomplish the airport upgrade via casino establishment. Therefore, in his personal opinion, Yeh said, an alternative solution would be to allow gaming in a special economic zone near the Taoyuan International Airport named the “Taoyuan Aerotropolis” and allocate part of the gaming revenue to finance the airport upgrade in Matsu.

Yeh further noted that he believed this would be a faster and more feasible way to help Matsu upgrade its airport to the 4C level, and would generate more revenue than a casino in Matsu. If the legislature supports such an approach, his ministry would follow up to expand on this idea.

Yeh’s comments immediately led to questions whether the Taiwan government has taken a sudden U-turn on its gaming policy. Comments made last month by several government and industry contacts in Taiwan may yield a more complete understanding of the background and implications of Yeh’s comments.

For those not familiar with Matsu, it is an archipelago just off the coast of China’s Fujian Province, formerly a military stronghold for Taiwan. Since demilitarization in 1992, the island group has been struggling with a stagnant economy, poor infrastructure and a population outflow. Matsu finally found its solution when Taiwan decided to allow gambling on the six offshore island groups if local residents approve it in a referendum. Out of desperation for more tourism business, better infrastructure (including a more modern airport and other transportation facilities) and increased job opportunities, Matsu residents approved the casino proposal in a referendum in July 2012.

Since then, the Taiwan government has stepped up its effort to draft a gaming law and rules for the IR. The gaming law has been submitted to the legislature and is included in the Ma administration’s priority bill package to be reviewed by the legislature in the current session. Everyone in the industry has been expecting that if all goes well with the law, Taiwan will begin to accept casino license bids for Matsu in 2014.

So why did the minister seemingly signal a major policy change at this moment?

The Taoyuan Aerotropolis is a large-scale urban development project surrounding Taoyuan International Airport, comprising 6,859 hectares of land. It is expected to be the largest construction project in the history of Taiwan, and was touted by the current ruling party, the KMT, as one of its major campaign promises during the most recent presidential elections in 2008 and 2012. The project has faced many delays for political reasons, and due to a “stovepipe” bureaucratic mentality among regulators.

In September 2012, the cabinet approved the master plan of the Aerotropolis and announced its launch. Once the urban plan examination is completed (expected in December), land acquisition and the design and construction of infrastructure will commence. This project will be jointly developed by the cabinet and the Taoyuan County government. The Aerotropolis will include, among others, a financial center, a convention facility, a shopping and recreation center and a logistics and trading hub.

Transportation Minister Yeh has been one of the key officials promoting the Taoyuan Aerotropolis. Based on conversations with people having insights into the ministry’s decision-making process, Yeh has been concerned about the long delays and has been eager to inject new momentum to accelerate the progress of the project.

Increasing voices within the KMT in favor of gambling in the Aerotropolis seem also to have contributed to Yeh’s thought process. In recent months, a few legislators from the KMT have been floating various proposals to establish a special gambling zone in the Aerotropolis, including Legislator Chen Ken-te from Taoyuan, who is also chairman of the legislature’s Transportation Committee, which oversees the Transportation Ministry’s budget and bills.

Although Yeh is supportive of the development of gaming, sources say he and many other senior cabinet officials have doubts whether a Matsu casino can be successful, because of the challenges in transportation and infrastructure that Matsu must overcome to prepare for casinos. In addition, only one group has so far shown serious interest in developing a casino resort in Matsu, which also raises doubts in the cabinet whether the offshore gaming policy can succeed.

No One Expected Yeh To Make These Comments

Almost no one in the ministry was aware that Yeh was going to comment on the possibility of gaming in Taoyuan in the legislature on October 7. Although this idea had been floated with senior officials in the Taoyuan County government to gauge their position on establishing gaming in the Aerotropolis, it doesn’t appear that anyone in the Taoyuan government expected Yeh to offer public comments on this topic.

Another curious development is Matsu’s uncharacteristic silence. Matsu has never been shy to advocate its casino proposal. County government officials have repeatedly requested the central government to respect Matsu’s choice and offer necessary support to expedite gaming. Since October 7, however, Matsu officials have not offered any comment on Yeh’s remarks. The Matsu Daily, a county government-funded newspaper that has been quite vocal about how the central government should respect Matsu’s choice and ramp up its support for Matsu gaming, has also remained quiet on Yeh’s remarks or any other gaming-related topic.

The only sensible conclusion to draw from Matsu’s silence is that it has previously been consulted by the Transportation Ministry and has been asked to remain quiet until a clear policy decision is made.

It also is notable that Yeh has toned down his comments on main-island gambling since October 7 and has not further explained his comment in the legislature. He has simply tried to divert discussions to other topics when prompted.

Based on the above information, it is reasonable to conclude that Yeh has been mulling over the possibility of allowing gaming in the Taoyuan Aerotropolis as a means to accelerate the progress of the Aerotropolis development. He has also been quietly considering alternative ways to make gambling (other than offshore island gaming) viable in Taiwan, and is interested in nurturing support from the legislature for an official mandate for his ministry to formally pursue gaming in the Aerotropolis. However, he may have spoken prematurely about a possibility still being studied on October 7.

While it is not clear whether Yeh’s low-profile approach after October 7 is based on an instruction from the cabinet, his decision to minimize main-island gaming rhetoric is prudent. In Taiwan’s political and social atmosphere, any effort to push for legalization of main-island gaming at this moment would only offer free ammunition to anti-gaming groups and cause unnecessary delays in passage of the gaming law.

Another “million-dollar question” is whether Taoyuan wants gambling. Although gambling is currently legal only on the offshore islands, voices in support of legalized gambling on Taiwan proper have never been muted. This is especially true among proponents of the Aerotropolis, who contend that it is not legally impossible to define the Aerotropolis as an “offshore” area in order to qualify for gambling development. The most high-profile individuals supporting gambling in the Aerotropolis are Taoyuan Mayor John Wu and KMT Taoyuan Legislator Chen Ken-te.

Chen is planning to introduce a bill to allow gambling in the Taoyuan Airport Park. It is not clear what type of casino development Chen is contemplating for his hometown of Taoyuan, but he is certainly pushing in that direction aggressively.

Taoyuan Mayor Wu, who comes from a political family with a strong constituent basis in Taoyuan with considerable influence in the KMT, has previously stated that Taoyuan is the best location in Taiwan to develop gambling because a large international airport is located there and security would be easier. As soon as the central government makes up its mind (to allow gaming on the main island), Wu said his government will begin planning for gaming development.

The logical conclusion: senior officials in Taiwan are considering the possibility of allowing gaming near the Taoyuan International Airport, but they have not yet decided whether to revise the current offshore-islands-only policy. In coming months, the Taiwan government will focus its energy on passage of the gaming law while quietly nudging the legislature in the direction of supporting gaming on the main island.

The industry clearly would welcome a policy shift that opened gaming on Taiwan island, but that shift needs to be clear and decisive. Prolonged uncertainty about onshore gaming will only leave offshore gaming in limbo.