Merkur Gaming America continues U.S.-based R&D as it seeks to expand its footprint in North America 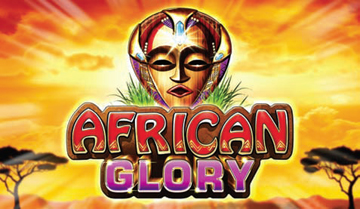 Mike Halvorson knows a thing or two about slot trends. He is the chief design officer at Sunshine Games, the Las Vegas game design studio formed in 2017 as part of Merkur Gaming Americas. Halvorson says the biggest trend into 2020 is to feature bonus games with a wide array of jackpot levels.

“The days of stand-alone release products are behind us,” he says.

Take Treasure Link, expected to be one of the highlights of Merkur Gaming’s booth at the Global Gaming Expo. A progressive system, Treasure Link will be linked to five new games, and each of these games has its own bonus features that also provide the player with an opportunity to win prizes from the Treasure Link progressive jackpot.

The five games are African Glory, a dramatic adventure with stunning graphics that plays out under the burning Serengeti sun; Dragon Marbles and Golden Silk, which both have elegant Asian themes; Joker Buffalo, actually two game concepts in one; and Temple of the Nile, which captures the mystique and mystery of ancient Egypt.

“The five are not themselves progressive, except insofar as they provide, depending on results, an entry point into the Treasure Link jackpot,” says David Orrick, director of industry relations for Merkur.

Each one of these games presents a free games bonus feature called Cash Games that, while a bonus game in its own right, also has its own special features that are the player’s entry to search for Treasure Link’s high-value Mini, Midi, Maxi and Mega progressive jackpots, he says.

Visitors to Merkur Gaming’s Booth 3353 also will find a range of new games that all have the added attraction of bonus features, part of more than 140 games expected to be displayed, compared to 120 a year ago.

Rapid Thunder, a new game concept that features an in-game high-attraction bonus, will make its first appearance at G2E. The brand new title Runnin’ Wild will feature strongly, as will another newcomer, Jewels of the Nile.

“Two familiar titles, Striking Fortunes and Big Deal Wheel, have also been given additional new bonus features and will undoubtedly prove to be a strong attraction to visitors,” Orrick says.

For Merkur, G2E is one of the two “global” events of each year (the other being ICE in London) that always marks a highlight, Orrick says. “The show requires a large investment from exhibitors but also presents widespread commercial opportunities. This is the ‘buyer meets seller’ scenario, one that fires our expectations each year.”

Merkur Gaming has more than 40 years experience in the industry. The company stepped up its presence in the U.S. with the formation of Merkur Gaming Americas in 2015. Since the launch of Sunshine Games, Merkur has touted its American connection with the in-house mantra “Designed in America, by Americans, for Americans.”

“That addresses, head on, the sometimes-heard objection to new, foreign-owned vendors that want to come to the U.S. gaming landscape, namely, NIH—not invented here,” Orrick says.

Merkur Gaming is part of Germany’s Gauselmann Group, which after more than 62 years, employs some 13,500 people in more than 40 countries worldwide. The company’s success, knowledge and experience are major assets in the constant research and development process that accompanies the creation of new products such as those that will be seen at G2E.

“No matter what your language or culture, at Merkur Gaming, ‘We Speak Gaming,’” the company said in a previous release.

A market leader in Europe, and a well-established and successful supplier across Latin America and the Caribbean, Merkur Gaming will also expand its presence in Africa and new market entries across Asia. “Mexico is a vibrant market at present, and many of our recent game releases have been widely installed there, and also in Peru,” Orrick says.

The first phase of a carefully planned entree into U.S. markets is now taking place. “Our initial test phase will be in South Florida and, based on positive results, will lead us into new markets as we work to become a significant vendor company throughout the U.S., in both tribal government gaming and commercial land-based operations,” Orrick says.

Merkur’s games are just now starting to roll out into the market, Halvorson says. “We have experienced very little pushback from casinos on our products, and we lean on operators as a resource as we fine-tune our products to perform to the ultimate for the casinos and also give players the maximum in their gaming entertainment.”

Before they crack the U.S. market, Merkur Gaming products are subject to extensive technical and quality control testing prior to being released to casino operators. Games are sent out for trials and then, based on the trial results, accepted by the operator and placed on the gaming floor, Orrick says. “We are working daily with GLI in Las Vegas to successfully get games here through the testing process.”

Says Halvorson, “Our core focus is to make impactful products with a lot of new innovative concepts, but still keeping the focus on the players’ experience.”

The company has received six new game certifications in just a few short months. “By the time of G2E 2019, we plan on having a total of 18 games approved by GLI and even more placements in casinos in the coming months,” he says.