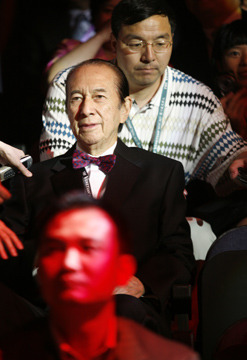 “Dr. Stanley Ho, whose name is synonymous with the Asian gaming entertainment industry, has a long and rich history in this thriving market,” said Frank J. Fahrenkopf, Jr., president and CEO of the American Gaming Association. “His work helped lay the foundation for gaming in Macau, and, given his entrepreneurial spirit and expertise, we are excited to hear his thoughts during his keynote address.”

As managing director of both the Sociedade de Turismo e Diversões de Macau and Sociedade de Jogos de Macau and chairman of the publicly listed SJM Holdings Limited in Hong Kong, Ho has been an instrumental figure in the development of gaming in Macau. In addition, he is involved in a variety of business sectors in Macau, Hong Kong and China and has played a vital part in the region’s economic development and growth. Ho also serves as group executive chairman of the Hong Kong-listed Shun Tak Holdings Limited and is involved with a number of business, educational and philanthropic associations.

Ho has received a number of decorations and honors from governments around the world.

“I am honored to be awarded the G2E Asia Visionary Award,” said Ho. “This award affirms what I have done over the years for Macau’s gaming business and for the overall community. Fulfilling my obligations to society is such a wonderful source of happiness and satisfaction.”

G2E Asia is the premier gaming exhibition and conference event dedicated to the Asian gaming markets. G2EAsia 2009 is scheduled for June 2-4 at the Cotai Strip CotaiExpo at the Venetian Macao. Visit www.G2Easia.com more information, and to register for free exhibits-only admission and early bird discounts to the conference.