GGB is committed to providing updated news and analysis on our weekly news site, GGBNews.com.
Legal

Is social gaming really gambling? One court seems to think so. 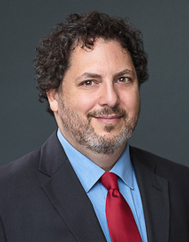 On March 28, the 9th Circuit Court of Appeals released an opinion addressing the issue of whether a player on a “social casino” gaming site, Big Fish Casino, could recover $1,000 the player had spent on the site for virtual coins pursuant to the gambling recovery statutes in the state of Washington.

Ultimately, the 9th Circuit held that the virtual coins used in the social casino games were “things of value” as defined by the state statutes of Washington, and thus the elements of consideration and prize as contained in Washington’s definition of “illegal gambling game” were met. Therefore, because the games were casino-style games, like slot machines, they were deemed to be “illegal gambling games” under the Washington statues, and the player was allowed to recover her $1,000 loss.

The court’s analysis focused on two features of the game site at issue.

First, the site allows transfers of virtual coins between players, with a transfer fee being collected by the site operator. This creates a clear risk of third-party markets where virtual coins can be sold for money. For example, a player with an excess of coins may sell them on eBay to another player, thus monetizing the coins.

Any money or property, any token, object or article exchangeable for money or property, or any form of credit or promise, directly or indirectly, contemplating transfer of money or property or of any interest therein, or involving extension of a service, entertainment or a privilege of playing at a game or scheme without charge.

It is important to note that the 9th Circuit gave no deference to a publication of the Washington State Gaming Commission that indicates that social gaming, like the Big Fish Casino site, is not gambling. The court held that because the publication does not contain an “official definitive analysis of the issue,” the pamphlet provided mere guidance. The court also was unpersuaded by the opinions of other courts that held virtual coins on other online social gaming sites to be valueless because consideration is not required to play.

Although the recovery of $1,000 by a player in Washington state is not a major issue in and of itself, the potential implications of the opinion must be carefully considered.

For a licensed gaming company, a court determination that the company was involved in unlicensed online gaming is likely to be a self- reporting event in many jurisdictions. Often, self-reporting will lead to investigation of the company by regulators in some jurisdictions. As any gaming licensee knows, a gaming regulatory investigation is time-consuming, resource-intensive and expensive. Additionally, investigations often end with some form of disciplinary action or fine, thus causing further problems for gaming licensees.

Another issue is the possible criminal ramifications of being deemed to operate an unlicensed online gambling site. Social gaming sites are a relatively new phenomenon. The oldest sites with casino-style gaming (generally poker sites) can trace their roots back to late 2007. Even then, it took a while for a significant user base to develop, and the phenomenon really took off in late 2008 and early 2009. This means the industry was almost entirely developed during the Obama years. The Obama-era Department of Justice (DOJ) had clear prosecutorial priorities and allocated resources based on those priorities.

Today is a different era for the DOJ. The new-era DOJ has not articulated a set of priorities like the previous administration. The current DOJ appears to have taken on some of the hallmarks of our new president, who prides himself on being somewhat unpredictable. Whether that unpredictability results in harsh interpretations of law with a focus on strict enforcement remains to be seen.

However, it does present risks to anyone who is deemed to be engaged in unlicensed online gaming in interstate commerce. For a company with a gaming license, an issue with gaming recovery under state law with an implication of unlicensed gambling is a significant concern, and if the same company had to defend a federal criminal action for the same activity, that would be an even more significant issue.

For anyone in this space, risk mitigation is key. Since the inception of social gaming with virtual coins that can be purchased, there have been a number of regulatory and court opinions on the topic. Although most of these opinions have held the games to lack consideration and/or prize, the new 9th Circuit opinion raises new risks, particularly with sites that allow participation by Washington state residents.

Risk mitigation should probably start with updating any research done in the past, and evaluating the risk profile of the site in light of this recent development and any other new court or regulatory opinions. The next step should be to review game or site rules to ensure that the rules have kept up with the evolution of the games and sites. Finally, risk mitigation proposals should be evaluated and implemented in harmony with the company’s risk tolerance.