The increasing value problem on the Las Vegas Strip 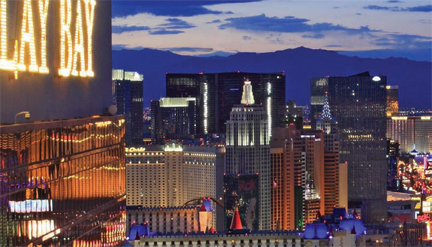 This time last year, we discussed: In early August, David Schwartz—UNLV’s resident gaming historian—penned a boss piece on Forbes.com titled “Casinos Are Getting Nervous as Las Vegas Revenues Drop and Their Stocks Slump,” after Caesars Entertainment and MGM Resorts International “both reported soft numbers for the second quarter and predicted more headwinds in the third quarter.”

Pointing to the weakening visitor numbers and suddenly declining room rates (before adjusting for rising resort fees, which is another topic unto itself), Schwartz noted that “many observers have been quick to blame the increased resort fees, paid parking, worse game odds, and other ‘nickel and dime’ tactics that have become common on the Strip.”

While optimistic in the historic ability of Las Vegas to bounce back from adversity, Schwartz’s widely viewed piece reflects both the frustrations of Las Vegas visitors and the concerns of casino operators, particularly at a time when national unemployment is low and consumer confidence is high—typically indicators portending a boom in Las Vegas visitation, rather than the current situation.

By the way, the number of times Schwartz mentioned the word “millennials” in the article? Zero.

The Death of the Millennial Problem

At an Investor & Analyst Event on October 24, 2017, Caesars Entertainment presented the slide below. In one shot—and with little to no fanfare—Caesars effectively refuted the casino millennial problem by reporting its findings that millennials, in fact, are more likely to be both non-casino and casino gamers than the older Gen X and baby boomer generations.

To recap, the casino millennial problem started with the purported idea that millennials don’t like to gamble as much as previous generations (or perhaps just on traditional slots, depending on who’s telling the story), and as such the industry is facing a looming crisis as millennials mature into their prime casino gambling ages. The industry then spent the past three G2Es scrambling to solve this problem, rushing “skill-based” games to market without giving proper thought to what these games should look like, and without a proper gambling value proposition.

As I’ve written a number of times, the house edge/rake on these initial skill-based games is too high, and that house edge/rake tends to be high to compensate for fundamentally slow game speed (in an attempt to recover profitability). Moreover, the gambling component of these initial games is often arbitrary and separate from the underlying games.

As a consequence, without a proper gambling proposition, you’re stuck arguing that you should play these games because you are a millennial, and because millennials like video games.

In a March 22 presentation at the first episode of the UNLV Gaming & Hospitality Education Series sponsored by Global Gaming Business, Caesars Entertainment Senior VP of Gaming Melissa Price noted that skill-based games were holding double the theoretical hold (i.e., the actual house advantage in practice due to poor skill was about double the already-high house advantage under theoretically optimal play), and that the games were generating 75 percent fewer repeat visits than slots and electronic table games (ETGs), with only 5 percent of players coming back for more.

The early results should not have been a surprise to anybody.

As I’ve mentioned before, the millennial problem was pushed despite the fact that not a shred of objective evidence was ever presented to support the idea that millennials don’t like to gamble (Google “The Millennial Problem: The Problem With the Casino Millennial Problem”). And in fact, common sense would dictate that the opposite was true.

In other words, a tremendous amount of energy has been burned over the past several years in an attempt to solve a problem that never existed.

How did this happen?

Congruency and the Millennial Problem

In his 2005 classic The Game (a book read by many a millennial male), Neil Strauss related his rise to the top of a “secret society of pick-up artists”(PUAs), using such techniques as “canned openers,” scripted routines, and “negging the target,” among others. It’s probably a fair generalization to suggest that one of the biggest challenges that people on both sides of the dating market tend to have with such techniques relates to a concept referred to as “congruency.”

The term congruency has been defined about a million different ways in this context, but you can probably intuit the meaning given some thought: Congruency is the extent to which your words, your actions and your behavior are consistent with your underlying being, beliefs and values. You are being incongruent, then, when you spit a line, run a routine, or make a move that doesn’t jibe with your personality.

You’re also being incongruent if you argue against your own beliefs to suit another purpose. For example, if you believed the Earth to be roundish but insisted publicly for whatever reason that the Earth is flat, you are being incongruent. This is why we tend to distrust politicians, lawyers and salespeople (and it’s also why people with flexible enough principles to do these deeds will always be in demand).

So as to the question of how we got here as an industry, there are only two real possibilities:

We’re not going to talk about sports betting here, but I will say this about market projections:

The first two things you need to know about forecasting are:

If you were to ask somebody, say, what the size of the sports betting market in the U.S. might be, what you need to be aware of is that the raw number that person might come up with (i.e., what the person actually believes) might be different from the number that goes into the report that gets made public (incongruence). The job of the forecaster may not necessarily be to be accurate or even honest, but to produce a number to serve a purpose (which sometimes may be for honest accuracy).

It’s been a good four years or so now since the proliferation of the Millennial Problem, and yet the fundamental problem on the Las Vegas Strip remains the same—a growing value problem. It is incredible the amount of energy that has been expended solving a millennial problem that never existed, while not a single meaningful effort has been made to solve the value problem that does.

Now I’m going to leave you with nothing I haven’t said before.

We need to come to grips with the fact that the market for casino gambling in much of the U.S. is fundamentally mature.

As I suggested last year, I still suspect that the increasingly disproportionate lack of low-end hotel casino supply on the Strip is a major factor in the weakening Las Vegas value proposition.

These are the problems that need to be solved. Crunching the numbers does you no good if you’re asking the wrong questions and missing the big picture.