Zeroing In-Konami closes in on achieving the "podium" 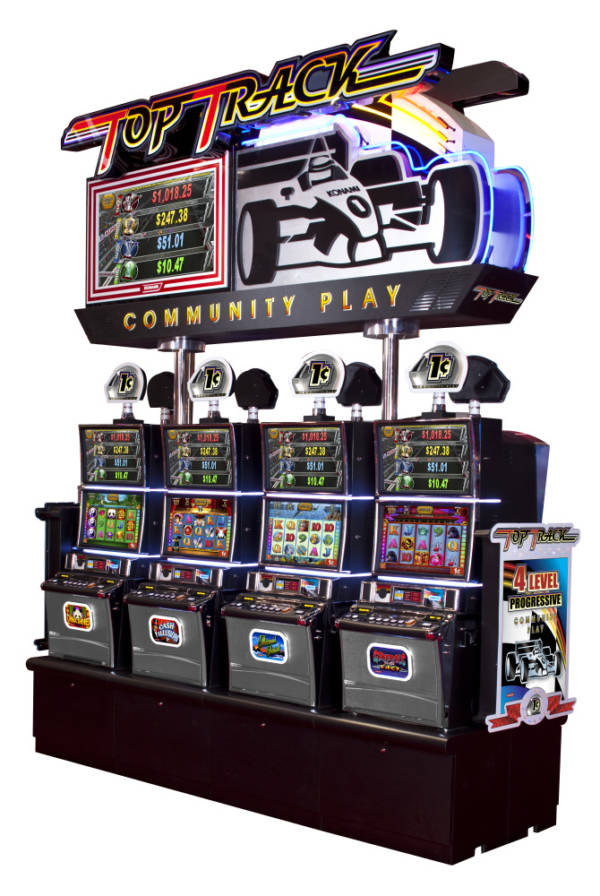 Two years ago, Konami Gaming President Steve Sutherland coined the phrase that would come to define the direction of the Las Vegas-based slot manufacturer. He said Konami Gaming, the U.S.-based subsidiary of home-game leader Konami of Japan, was ready to “reach the podium.”

The “podium” was a reference to the top-three Olympic Games medalists. Konami, said Sutherland, was shooting for the top three. Two years later, the company is closing in on that goal.

Konami has had an amazing year, with an estimated 10 percent to 15 percent of all slots shipped during 2010. The company anticipates 2010 slot machine sales in North America alone of about 71,000 units—that’s around $1.1 billion in sales.

If Konami isn’t already in the top three, it is certainly one of the top five slot-makers in the business, a fact that is dawning on Wall Street. Back in June, Goldman Sachs analyst Steven Kent recognized the trend when he wrote in an investor note, “We have heard Konami described by its competitors as a ‘niche’ player but, given the multi-year improving trends, this seems less and less likely. We fear that the major slot players are not paying enough respect to this smaller player and that the big four—IGT, WMS, Bally and Aristocrat—may soon become the big five.”

That market share is steadily increasing as new and expanding casino venues turn in big machine orders. In August, when Rivers Casino in Pittsburgh removed several electronic table games after the introduction of live tables, Konami got the complete order to fill the space with 80 Advantage 5 and Advantage Plus slots. A month later, Philadelphia’s SugarHouse opened with 10 percent of its floor covered by Konami slots—not to mention the Konami Casino Management System in place linking all its slots, the second Pennsylvania casino so equipped.

In October, it was announced that 18 percent of the slot floor at Maryland’s first casino, Penn National’s Hollywood Casino Perryville, would be occupied by 271 Konami slots.

As the market continues to climb out of the recession and capital budgets loosen, Konami Gaming clearly is the company to watch.

Podium Punch
The single factor behind Konami’s recent success has been the series named after Sutherland’s 2008 prediction, the Podium slot platform. Podium became an umbrella name for the manufacturer’s various game styles, including the K2V video series, the Advantage stepper groups, and the groundbreaking Advantage Revolution bonus slot cabinet.

“Wall Street has been taking notice, and the success of Podium has been a key factor,” says O’Hanley. “We had always thought the cabinet and themes associated with Podium would be great, but their success has been beyond our expectations. We’re getting the software and hardware right, and players are responding to our new math models, the lighting effects in the cabinets, and some of the best titles Konami has ever introduced.”

More of those titles will launch at the Global Gaming Expo, as Konami introduces new games in all its genres, powered by a new computer platform. The K2V operating system will be replaced by KP3, an advanced format that incorporates real-time 3D graphics, a processor that’s 40 times faster than K2V, improved sound and, says O’Hanley, the ability “to bring the things Konami is known for in the video gaming space.”

Konami Digital Entertainment, the slot-maker’s sister company known for legendary home and arcade video games like the “Metal Gear Solid” series, has been drawn on increasingly by Konami Gaming to bring the same entertainment value to its slots. This year, in addition to home video-quality 3D graphics, Konami brings the skill factor from home video to the casino.

One of the first titles in the new KP3 series to be launched at G2E uses the home-video technologies to great effect. “Jackpot Island” features 3D graphics that travel across both screens in the dual-LCD setup, and buttons on the side of the game that enable a skill-based bonus event that any baby boomer will love—pinball. Side buttons actually work like flippers to allow a player to launch and manipulate a pinball to increase the bonus pay.

The face of the game even advises players that the timing skill used to launch the pinball will affect the pay of the feature.

“These features are already strong for us in the video game space, and we are constantly improving on it,” says O’Hanley. “A lot of our development of characters, graphics and backgrounds is directly related to our relationship with Konami Digital Entertainment in Japan. Those assets being available to us is invaluable, and has made it possible for us to increase annual game output by 50 percent over the past two years.”

Rocking the Market
More and more of that growth has gone into the recurring-revenue business, and at the forefront of that has been the Advantage Revolution cabinet launched last year. The cabinet, with its three-sided, pivoting game and bonus mechanism—two LCD-based bonus events, one set of reels or mechanical bonus—has driven much success for the slot-maker, with MGM submitting a reorder after less than a year.

This year, Konami uses the cabinet for one of two versions of its newest slot game, “Rock Around the Clock.” Available in two base games each on the Advantage Revolution and Advantage 5 stepper cabinets, the slot is one of Konami’s few forays into licensed brands—in this case, the iconic 1954 song by Bill Haley and His Comets, which gained a new generation of listeners when it was used as the theme for the 1970s sitcom Happy Days.

Konami has built a rock-and-roll theme around the tune for four separate base games. In the Advantage Revolution cabinet is “Rhythm N’ Riches” and “Shakes N’ Spins.” In Advantage 5—the popular cabinet style with five oversized mechanical reels under a top LCD monitor that appears to float under a cantilevered top—the base themes are “Rock All Day” and “Party All Night.”

Central to the Advantage Revolution games is a central clock, with a dial that moves toward the next bonus event as the player spins the reels. The game’s characters—1950s teens—land on the reels to speed the dial’s movement toward a bonus. When the bonus is triggered, a “Rockin’ and Reelin’” bonus event launches on the LCD screen. After the bonus, the dial on the clock resets at a random point—which could be right on the brink of a new bonus round.

In all versions, the bonus event can lead to a second round in which one of several progressive jackpots can be won. The “Jukebox Bonus” allows the player to select a record from the jukebox. In the Advantage Revolution games, the record reveals a color pattern on a physical wheel that spins to one of three jackpot levels. In the Advantage 5 games, each record in the jukebox correlates to one of four progressives. The top LCD displays the record playing, with the needle pointing to one of the prizes.

In all bonus events, the famous song, as recorded by Haley and the Comets, comes through the speaker system. “Building a game around one of the most popular songs in recorded history obviously will resonate very well with the core demographic of our slot customers, which is women in their 50s,” O’Hanley says.

Community Play
Another major launch for Konami at G2E will be “Top Track,” the company’s latest multi-player game. It is a follow-up to last year’s successful multi-player horse-racing game, “Beat the Field.”

Players responded well to Beat the Field because of the masterful design of the common bonus horse race, which leads to one of four progressive jackpots. The winner of each bonus race wins one of the four jackpots, and every other horse is awarded a consolation prize. Players who bet more can get assigned more horses in the random bonus race. There are “longshots” and “sure things,” and the level of progressive assigned to each horse reflects the odds.

The race, which runs both on the game screens and an overhead LCD screen, is presented high-resolution 3D animation, from several angles, including the perspective of each jockey in the race. The view changes as horses change positions.

Top Track takes the same game program and applies it to a Grand Prix auto race. Eligible players are allotted drivers based on their bet level, and each community race will award one progressive prize and consolation prizes to each other player on the bank.

As with Beat the Field, the common bonus race will be available with any of several possible Konami base slots, each with its own game-specific features.

O’Hanley notes that Top Track was originally planned as a refresh for Beat the Field, but the horse-race game has been so popular that the car-race game is being offered as an incremental product.

Other highlights of Konami’s G2E lineup include new stand-alone games in all of the manufacturer’s game groups. There is a new version of “China Shores,” one of the slot-maker’s most popular titles, which adds a unique twist to the free-spin round: The player is given a choice of playing out the free spins or instead going for a random prize that is somewhere within the range of the average total free-spin award.

“Pharaoh’s Wish” is a new dual-progressive mystery award that can be placed on 95 percent of Konami’s base games. “Pirate’s Jackpot” features a pick bonus that gives the player better odds as he plays longer. The first bonus will place the key to a treasure chest for the top bonus behind one of 42 squares. If the player matches two bonus awards before finding it, those squares are blown out by cannonballs for the next bonus round, presenting the key behind one of only 39 squares.

Finally, Konami will use G2E to launch Advantage 3, the three-reel version of the stepper cabinet that boosted Konami into the sales big leagues. Like its Advantage 5 cousin, it features over-sized, back-lit reels that change colors, and that unique, cantilevered cabinet as the backdrop for the top LCD screen.

It’s all part of that quest Sutherland announced two years ago. As 2011 unfolds, Konami will be closer than ever to stepping up to that “podium.”