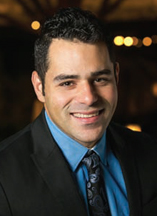 Scoreboard watching has grown beyond sports.

Jeff Hamilton, in fact, turned it into a science. Keeping a large company’s eye on the ball has been an integral focus of his role as assistant general manager of Mohegan Sun, which he assumed in 2015. Hamilton arrived in time to help open Mohegan’s $80 million Expo Center, touted as the largest exposition site along the I-95 New York-Boston corridor, with 275,000 square feet of flexible meeting and event space, last June.

The property has also turned roughly 100 of its 1,600 rooms into the one-night, high-roller experience for anyone wishing to experience the top echelon of the reward tier. The philosophy resembles the high-end daily-fee concept used at many golf courses, in which patrons can rent the country club experience for one day without being members.

“It’s difficult, especially in a big casino with 7,000 team members and a 25 percent turnover rate, to get everyone involved on the same page,” says the 36-year-old Connecticut native, who has handled several administrative roles since joining Mohegan Sun in 2004. “To tackle that problem, we created a competition, in which customer service impacts every team member. We have scoreboards up throughout the property. Departments compete against one another. Team members hold their colleagues accountable, as they are not just impacting themselves, but others.”

Department performance impacts individual evaluations, he says. The focus establishes teamwork, much like a sports team. Camaraderie gets built too. There are champions of individual seasons, department competitions for a couple of weeks, trophies, awards, etc.

Hamilton says the numbers, or in this case the letters, bear out this approach, which was implemented in 2013.

“We increased our percentage of A’s on customer feedback surveys by 20 percent,” he says. “This is a program I have been very proud to be part of.”

Hamilton credits the company’s HR philosophy with diversifying his background. The building blocks included dealing with different departments as part of the human-resource role.

“One week you are helping food and beverage, the next week you are assisting with something that impacts the slot-service department,” he explains. “What really helped me is the way Mohegan handles service improvement. Most people think of HR as an administrative department, but Mohegan uses it as a component within all the operating departments.”

Hamilton subsequently learned about logistics and issues that could impact customer service, property-wide. He’s also having fun dealing with major platforms that engage customers, like “Slime.”

Who says people can’t be slimed and dimed?

Besides his gaming expertise, Hamilton was a 2016 chairman for the March of Dimes Walk for Babies and is a member of the board of directors for the United Way of Southeastern Connecticut.