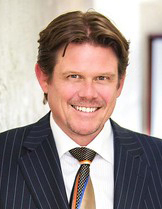 Kent Young has a long history in gaming. He worked for Aristocrat Technologies for six years and later moved on to lead Aruze Gaming America for two years. In 2012 he founded his own company, Spin Games, and developed a remote gaming server for slot games online just as online gaming was starting to take off in the U.S. Earlier this year, Spin was acquired by Bragg Gaming Group, and will join a company expanding aggressively in the U.S. and around the world. He spoke with GGB Publisher Roger Gros at G2E in October. (See video of this interview below).

GGB: Congratulations on the purchase by Bragg Gaming, and we’re pleased you’re going to remain active.

Kent Young: I’m sort of part of the sale, so to speak, so I’ll be staying on with the company, which I’m actually very excited about. It’s a new chapter, in both my book and the company’s book. So it’s very exciting. We’ve got a terrific future together.

What was the attraction for Bragg to get Spin Games?

Bragg has primarily been operating in Europe. As part of the Bragg acquisition strategy, they acquired a company called Oryx, which has got a very good position in the European market, with excellent technology. So they really wanted to work out how they’d get into the U.S., and how to take advantage of the growth opportunities, obviously, as we’re all seeing the in iGaming space. At Spin, we have multiple licenses. We have multiple distribution points, so we operate with all the key operators. So it was a very good fit in terms of the being able to come in and acquire an already-established company. They’re extremely synergistic. So, we’re going to take a business that’s primarily European and leapfrog them into the North American market.

Does this take Spin to the next level?

Absolutely. We were a startup initially. We started literally with a couple of people out of Reno, Nevada. And you know, we’ve grown up. We’ve grown into a sizeable iGaming RGS supplier. So this now gives us a significant amount of resources. Bragg is a publicly listed company on the Toronto Exchange and on the Nasdaq. So it gives us capital—as any startup, we’ve always been somewhat limited on the capital side. We can really invest in all facets of the business. Sensibly, of course.

How long has Bragg been around?

Bragg’s been operating for about six years, originally as a private company, until they went public early last year. As I mentioned, they acquired Oryx Gaming. And then they also acquired a company called Wild Streak, which is a content company. A gentleman by the name of Doug Fallon actually used to work for me at Aristocrat, and many years ago went out and started his own content company doing both land-based and iGaming. It has done exceptionally well. They’ve got the consistent No. 3 game in New Jersey in iGaming. When they announced the purchase, Bragg also announced, as part of that acquisition, that Doug would be the chief content officer.

Has it been a smooth transition so far?

We’re still in the closing phase. We won’t close until towards the end of this year. In saying that, we’ve started to work together. The company’s got a great team. The technology is fantastic. The R&D capabilities are some of the best I’ve seen. They’ve got some great value-added products; we’ve got a product engagement tool, called Fuze, which is basically a promotional tool that sits on top of a remote gaming server, so you can essentially do marketing-driven promotions that interface with the game. It’s not RNG-driven; it’s very much promotional. It really hits the mark, in terms of the level of maturity in North America, which has primarily been just a content play so far. Fuze is what I’ll call a marketing spin play, a tool that drives player engagement.

How many states and jurisdictions are you licensed in?

Michigan seems like it was a big success so far.

I think Michigan has been outstanding for the industry, particularly the fact that it’s been tribal, as well as commercial. It’s really the first tribal iGaming regulated market. So, again, I’m very bullish on that because I think that can be the catalyst for more regulated tribal jurisdictions, similar to what happened with Class III games years ago. I’ve always been a strong believer that once tribal is successful in iGaming, that will be a catalyst for the local market.

I spent a lot of time this summer in New Jersey, and sometimes the amount of games some of the iGaming sites offer is overwhelming. What’s the key to developing a successful game?

In the early days, it was very much a volume play. Every operator wanted as much content as possible because that was really the competitive advantage. When you put a new game in the market, you can see it peak, because players want to try it. We’re now at roughly 1,000 games, give or take a few, in New Jersey.