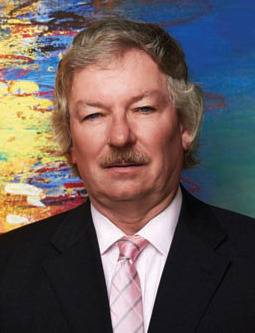 It’s been almost a dozen years that the government of Bermuda has considered legalizing casino gaming in order to attract more tourists to the island nation. But it wasn’t until 2014 that they actually did something about it. And like all legalizing jurisdictions, the first order of business is setting up the regulatory structure.

For Alan Dunch, who claims to have known very little about casino gaming before his appointment, the decision was rather simple.

“It was an offer I could not refuse,” he says of the invitation by Tourism Minister Shawn Crockwell. “When someone of that caliber asks you to serve, you do.”

Bermuda has adopted the integrated resort approach that has made the casinos of Singapore so successful—casinos play a small, but important, role in the overall makeup of the property. While the Bermuda legislature approved three casinos, it left a few things up to the regulators. The Casino Gaming Commission will decide on the overall investment level as well as the tax rate—two things that Dunch knows are inexorably tied together.

“As mindful as we are of the goals to attract investment and create employment,” he says, “we recognize that to establish a high tax rate like you see in some of the U.S. jurisdictions would be counterproductive. We understand we need to have a tax rate that makes it attractive for a large casino operation to bring its high rollers and high-net-worth players to Bermuda because there would be more profitability.

“In some jurisdictions, it seems the casino operators work for the government. That will not be the case in Bermuda.”

Dunch says all the members of the gaming commission have been appointed, and he has hired former casino executive and regulator Richard Schuetz as the executive director. Schuetz was most recently a member of the California Gambling Control Commission.

“Having Richard join us has been great,” says Dunch. “He knows so much about the industry that I’m able to get his definitive opinion whenever I have a question.”

Dunch doesn’t want to drag out the regulatory process as happens prior to casino openings in the U.S., most recently Massachusetts.

“I’m hoping to have regulations concerning potential casino sites in place very soon,” he says. “And then I’m hopeful that the bulk of the regulations that will enable us to accept applications will be in place by the end of the first quarter this year. If all goes according to plan, I hope we can begin to accept applications for licenses by the end of the second quarter of 2016.”

Dunch understands, however, that the application process is just the beginning.

“Once somebody gets a license, the amount of time it actually takes to get a casino up and running is out of our hands,” he says.

With several existing hotels interested in bidding, Dunch says the time required to get the casino open will be only one factor that will be considered. The criteria will always be what will be best for the Bermuda nation.

Dunch not only has lofty ambitions for a gaming industry in Bermuda, but wants the regulatory system to be respected as well.

“We would like to become the model that other jurisdictions look at and want to emulate,” he says.