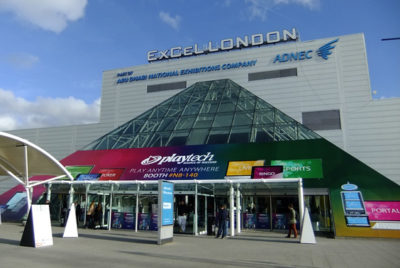 In response to requests from international stakeholders, Clarion Gaming has canceled what would have been the 2021 editions of ICE London and iGB Affiliate London, both scheduled to take place at the end of June. The shows are usually held in February and were first postponed to April, and later to June.

An expanded edition of the flagship iGB Live!, an affiliate show produced by Clarion, will retain its traditional dates of September 28-October 1, 2021 at RAI Amsterdam, and in the process help kick-start the recovery for gaming communities in Europe.

“The ongoing conversations we are having with exhibitors of all sizes across both events have shown continued and significant uncertainty about the year ahead,” said Stuart Hunter, managing director of Clarion Gaming. “Exhibitors have expressed a desire to put the experiences of the last 12 months behind them and instead focus their collective energy and creativity into making the 2022 editions into memorable in-person celebrations.”

The decision to return in February 2022 has been welcomed by the industry. Aristocrat Gaming General Manager-EMEA Erik van den Berg said, “We are fully behind Clarion Gaming’s view that people’s safety and comfort must always come first. Returning ICE to its traditional February window offers much more chance of a return to normality.”

Andrew Ludlow, managing director of gaming technology provider NRM Group, said, “This is a pragmatic and sensible response from the organizers. I’m pleased that we have this clarity and can instead plan for ICE London ’22 when the immunization programs will have taken place, travel will not be such an issue and the world will be a lot safer and a lot calmer.”

“Given the current landscape, we believe that working toward ICE London in February 2022 represents the best option for everyone,” added Adam Azor, global head of marketing for Sportradar. 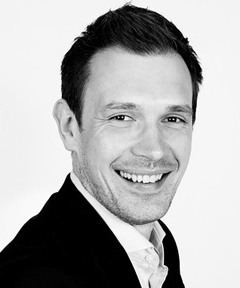 “Exhibitors have expressed a desire to put the experiences of the last 12 months behind them and instead focus their collective energy and creativity into making the 2022 editions into memorable in-person celebrations.”
—Stuart Hunter, managing director of ICE

Reflecting on the announcement in relation to iGB Affiliate London, Shona O’Donnell, head of strategic events at Better Collective, commented, “While we are very sorry that this year’s postponed edition will not take place, we fully support the team at Clarion Gaming in making this difficult decision.”

“Thanks to a significant financial investment in the development of new commercial channels for our customers,” said Hunter, “our team has spent the last nine months developing, market-testing and refining an integrated technology platform to serve the international gaming industry year-round.

“Our next major live trade shows will be IGB Live and IGB Affiliate Amsterdam. Everyone is excited to get the gaming community back together at a physical event, and our autumn shows are well placed and on a safe timeline to do that. We will be vastly expanding the product offering at those shows and introducing many new features.”

The other major trade show in the industry, Global Gaming Expo (G2E), is scheduled for October 4-7. In a statement to GGB, the American Gaming Association said the show must go on.

“We are working towards safely reconvening the global gaming industry in person at G2E Las Vegas in October,” according to Meredith Pallante, senior director of events for the AGA. “While many outside factors remain, the availability of vaccines combined with our industry’s leadership on responsible reopening are promising indicators for G2E 2021.”

Also last month, the AGA and its partner in G2E, Reed Exhibitions, announced that the 2021 edition of G2E Asia will take place August 17-19 at Venetian Macao.

Traditionally held in May, the show was moved to August to allow exhibitors to plan participation and travel in light of how the Covid-19 pandemic and vaccine programs play out.

“Through ongoing consultation with our stakeholders and the Macau government, Reed Exhibitions and the American Gaming Association determined that an August event provides the best opportunity to showcase the caliber of educational content and create the valuable marketplace that our industry has come to expect from G2E Asia,” the show producers said in a letter to exhibitors.

“We look forward to bringing the gaming community together at G2E Asia, as the industry continues to recover from the devastating impacts of Covid-19.”

As for Indian Gaming 2021, produced by the National Indian Gaming Association, it will be held concurrently with RES21, which is produced annually by the National Center for American Indian Enterprise Development (NCAIED), in Las Vegas, starting on July 19, assuming Covid protocols in Nevada will permit large conventions to return.