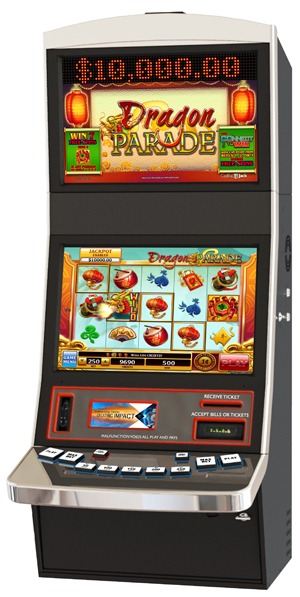 With the lines between Class II and Class III slot games continuing to blur, there are several manufacturers now making inroads in commercial casino markets that first made their names in Class II electronic bingo.

Right at the top of that list is Cadillac Jack, the Georgia-based company that has long been a fixture on the Class II landscape in Alabama, Washington, Texas, New York, Mexico and elsewhere, but for the past three years has made a concerted effort to expand into commercial casino markets.

Along with that expansion has come a steady growth in Cadillac Jack’s game library—now with Class II and Class III products being released simultaneously—and new technology such as the Genesis dual-monitor slot platform, and new play mechanics in games like “Odyssey,” “Let Them Eat Cake” and “Magic Hat.”

The company itself has grown right along with its game library, moving into a new corporate headquarters in Duluth, Georgia (the company also has an office in Mexico to serve that market) and moving into new jurisdictions.

“As a company, we continue to grow in terms of personnel, markets, and research and development,” says Gina Lanphear, senior director of marketing for Cadillac Jack. “We are steadily growing within existing markets with new customers and larger footprints within our existing valued customer base.”

Cadillac Jack’s game showcase at this year’s G2E reveals that the effort to augment the library is ongoing. “We have greatly expanded our product library this year with new categories of games,” says Lanphear. “Our focus has been to develop greater variation in our bonusing capabilities through persistent multipliers, natural paylines, multi-level progressives, Class III progressives and multi-level bonuses.”

According to Lanphear, the new product categories were crafted after careful research of customer preferences.

“Within our Free Spin product line, which has been one of our most competitive product lines, and which market research proves is the most popular segment on the slot floor, we are creating even greater variety and uniqueness,” she says. “The results are new brands for Cadillac Jack—‘Connect to Win,’ ‘Hot Streak’ and ‘Xtra Bonus’—each developed to provide additional depth and variety across the individual themes under each respective brand.”

At the forefront of Cadillac Jack’s G2E collection is a new style of video slot that addresses a longstanding need of players who like multi-line video: “How do the paylines go?”

The Connect to Win series of slots incorporates “natural payline algorithms,” says Lanphear, to “make wins more intuitive and the winning experience easier to understand.” The paylines follow contiguous paths from the far-left reel to any position on the far right, proceeding horizontally, diagonally upward or diagonally downward, paying the highest-paying combination for any single symbol set—an easy-to-understand reel window.

“We are very excited to launch our new Connect to Win series at G2E,” Lanphear says. “It will be showcased on two striking new games, ‘Goddess of the Woods’ and ‘Dragon Parade.’ Both games have configurable bet multipliers, vivid graphics and free-spin bonuses.”

Accompanying the new game categories at the show will be several new play styles being injected into a variety of base games. At the top of the list is “Hot Streak,” an innovative multiplier feature being highlighted on three new Cadillac Jack games.

The Hot Streak feature rewards consecutive wins in the base game with what Cadillac Jack calls “persistent multipliers.” If a win occurs the spin after any paying combination, it is doubled. If a third winning combination hits, it’s paid at 3X, and so forth. As long as the “hot streak” of wins continues, the multiplier keeps rising.

Multiplier levels are maintained during a free-spin bonus. According to Lanphear, the math model for the game has the multiplier max out at 100X. “It’s another way that we’re expanding our product line to better engage the player and maintain the excitement,” Lanphear says.

Another new play mechanic is “Xtra Bonus.” Previewed at other recent shows, the feature has been incorporated into multiple game themes and math models. The feature allows players to unlock added bonus features such as re-spins or augmented win amounts.

“The Xtra Bonus game engine lets players place an additional bet prior to spinning,” Lanphear explains. “Xtra Bonus takes the place of the max-bet button, and once activated, forces max lines plus increases the current bet amount by 50 percent.”

Xtra Bet titles at G2E will include “Treasures in the Attic,” “Alchemy,” “Magic Hat” and “Cherry Boom Boom.”

Cadillac Jack also has just launched its first multi-level progressive combination wide-area and local-area progressive slot. Called “Mega Strike,” it was recently placed into the field, with wide-area progressives resetting at $1 million. The games are performing very well in initial placements, according to Lanphear.

“At G2E we are also showcasing the ultimate spy game, ‘Operation Jackpot,’ which is also a rich-content WAP/LAP combination, with four local-area progressives and one top award linked to the Cadillac Cash wide-area progressive,” says Lanphear. “This spy-thriller features a three-part multi-level bonus with interactive picks, multipliers and free spins.”

Among the rapidly growing markets for Cadillac Jack has been Illinois, where bar and restaurant owners will soon be adding up to five slots per location under the state’s 2009 Video Lottery Act.

At G2E, Cadillac Jack will demonstrate a new multi-game platform for the Illinois VLT market. The platform features a dozen eight-line video slots and four video poker themes. “The poker themes are the first released by Cadillac Jack, so we are very excited about this line,” says Lanphear.

Cadillac Jack’s G2E lineup will be rounded out by more entries to its video slot library, including a new version of the company’s most highly played game, “So Hot.” The new version, “So Hot Bonus Choice,” gives the  player a choice from several multiplier/free-spin combinations; the player picks the volatility of the bonus.

Other additions to the video slot library feature higher-volatility math models than the company has used previously, as the company continues to improve its product while continuing the expansion into new markets.

“Our methodical approach to expansion in the Class III markets continues successfully,” Lanphear says, “and we continue to build an exciting work environment for our growing team of talented employees.”