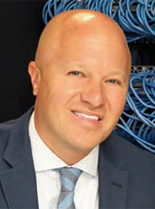 So much for cameos.

Fourteen years ago, Chad Kornett joined Gaming Laboratories International for the first stop in a long engineering career. It’s been a long step.

Kornett rose through the company and is its senior director of technical compliance. The Howell, New Jersey resident is based in the company’s Lakewood office and oversees the worldwide operations of roughly 1,200 employees. GLI tests new products and iterations against the backdrop of state and international regulations. A blessing from GLI is practically a permit to operate and is highly valued, especially if a vendor seeks access to several markets simultaneously.

Kornett never envisioned himself at the flash point of this process.

“I went to school for electrical engineering,” he recalls, laughing. “I wanted to specialize in patent law and intellectual property law. I thought I would work at GLI for a few months, get my hands dirty and move on in the engineering process. Well, I fell in love with the gaming industry and have never looked back. It has given me great opportunities.”

No spotlight may be bigger than his next one. The repeal of the federal ban on sports betting prompts vendors, operators and manufacturers to storm the regulatory gates. They want to be operational the moment each state obtains online regulatory approval and tap GLI to put them into compliance.

“We test in accordance to what regulators want,” he says. “We work with 478 different regulatory agencies around the world. If we can help the industry save money, they create more games and we ride the wave with them up. GLI 11 is our technical standard for slots, and is the most widely adopted standard on the planet,” he adds. Many regulators have adopted it. That creates an environment in which suppliers don’t need patchwork technology from state to state (it can be uniform).

“GLI 33 is for sports wagering, and it is a different vertical, but we will be right in the middle of that. This could be a highly active year for legislation. We can see anywhere from seven to 13 new markets come online. Most of them will rely on me and my team.”

So important is this topic that Kornett served on a blue-ribbon panel in November for the industry’s heavy hitters. There is a feverish rush to be compliant. In New Jersey, for example, mobile sports-wagering revenue has already surpassed brick-and-mortar totals. Devices remain a prominent success story. Because of their convenience, the world gets smaller.

And Kornett’s role gets bigger. History suggests he’ll play a prominent role in this process, and when the sector levels off, another will follow.

“Right now, sports wagering is the hot topic, two years ago it was skill-based gaming and two years from now it could be AI or blockchain technology,” he says. “We build a team of people, experts in a particular vertical, and we can be a big help to the operators and the vendors.”