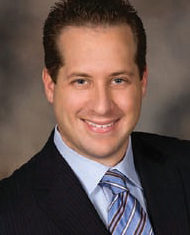 While in high school in rural Connecticut, Mark Birtha worked in a catering hall where he got to wear a tuxedo.

“I was awestruck,” he says. “I realized the power of hospitality and how it was never a boring desk job.”

That led to Cornell’s hotel management school and an eye-opening summer internship at Resorts in Atlantic City. Birtha also attended a presentation by Steve Wynn on campus.

“I was sold. I knew this was the industry I wanted to pursue,” he says.

Birtha went from Cornell to Mirage Resorts and never looked back. This year marks his 25th anniversary in the casino industry, a career which took him from Las Vegas to Macau to Ohio to California, where he serves as president of Hard Rock Hotel and Casino Sacramento at Fire Mountain.

“Much like the hotel business decades before,” he says, “we have matured into a real estate business financially and investment-wise, which has not only expanded our industry but helped stabilize it.”

At Mirage, Birtha felt like a kid in a candy store.

Those days served him well when he opened Bellagio and then moved to the Venetian.

“At the Venetian, I worked in conventions and catering. I was one of the first people on the ground in Macau, and took over the marketing functions at the company,” says Birtha, who later worked for Marriott, the Pascua Yaqui Tribe in Tucson, and Station Casinos in Las Vegas, learning about local markets.

These stops prepared him for Hard Rock, where he catered to locals in northeast Ohio at Rocksino, the top gaming revenue operator in the state, a distinction which led to its purchase by MGM Growth Properties for $1 billion this year.

“Now I am on to my next role with Hard Rock in Sacramento, where I have the pleasure of working with the Enterprise Rancheria Tribe to design, build, open and operate their vision for the community,” says Birtha, who has a 900-acre master plan that will keep him busy for years to come. “Expanding my reach into real estate development and multi-unit construction and operations will be another new frontier.”

Birtha cites some of the top names in gaming as mentors.

“Arte Nathan hired me at the Mirage and helped steer me and open my eyes to all that was possible in our industry. Brad Stone at the Venetian took me under his wing and let me ‘drink from the fire hose.’ Along with Bill Weidner and Rob Goldstein, we worked on building the Sands Macau, Venezia Tower and Palazzo while continuing to operate the Venetian.”

“He’s allowed me to do what I know, while always challenging and teaching me to do it better,” says Birtha, who enjoys traveling, communing with friends and family—a wife and three children—skiing, golf and sporting events.

“I learned the values of hard work, putting business before pleasure, and integrity, loyalty and honesty from my father. From my mother, I learned the values of taking the road less traveled and being creative and open to change. These values helped me be successful, grounded and appreciative,” says Birtha, who considers work a form of relaxation.

These guiding lights instilled in Birtha the desire to mentor future leaders in gaming. “Mentoring is the most fulfilling part of what I do day in and day out,” he says.

He welcomes new people into the industry.

“Some lessons have been invaluable to me. If you earn an invitation to sit at the table, make sure your voice is heard. Don’t be afraid to speak up and don’t be scared to fail. We learn our best lessons from challenges and missteps. And don’t be afraid to walk through a new door when it opens, even if it takes you somewhere you never imagined.”