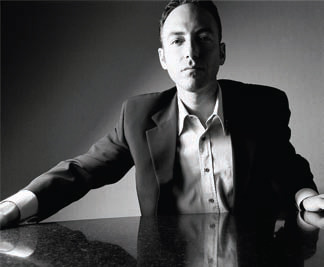 The board of bwin.party last month dumped an already-accepted bid from 888 Holdings in favor of one by GVC Holdings for £1.1 billion. GVC put forward a series of bids to acquire bwin.party, with the latest offer of 122.5 pence per share valuing bwin.party at approximately £1.1 billion (€1.5 billion, US.7 billion).

The bwin board, however, earlier chose 888’s lower bid of £898.3 million, saying the move to 888 would be more stable. 888 said it was throwing in the towel and would not increase its bid.

“I think unless you have scale, you are going to struggle to compete,” he told Reuters. “In combining GVC and bwin we will create one of the market leaders in online sports betting able to compete in this new landscape.”

The bwin board said while the higher value of the GVC bid was clearly important, significant cost savings, as well as a proven ability to absorb an acquisition as demonstrated by the GVC purchase of Sportingbet in 2013, was also significant.

U.S. activist investor Jason Ader was one of the reasons this deal was pursued. Ader’s SpringOwl company made a big investment in bwin.party and immediately spurred management to create more shareholder value. In an email, Ader declared himself “very satisfied” with the outcome.

The deal will put more pressure on rivals 888 and William Hill, which had an offer for 888 rejected earlier this year. The deal will also challenge Amaya, the owner of PokerStars, which promises to launch an online sports betting operation shortly.

Meanwhile, Paddy Power and Betfair have agreed to a merger that will create one of the world’s largest betting and gaming companies, with annual revenues surpassing £1.1 billion (US$1.73 billion).

The announcement came against the backdrop of a frenzy of consolidation in the online gaming sector highlighted most recently by Ladbrokes’ planned merger with Coral Group and a protracted bidding war between 888 Holdings and GVC Holdings to acquire bwin.party Digital Entertainment.

Paddy Power Betfair, as the new entity will be known, joins a leading global bookmaker with the world’s pre-eminent online betting exchange, both of which have been among the more lucrative investments in the sector, their share prices rising 142 percent and 53 percent, respectively, over the last 12 months. Betfair grew first-quarter revenues by 15 percent against a tough 2014 World Cup comp, while Paddy Power reported a 33 percent increase in first-half operating profit.

The new group will be 52 percent-owned by shareholders of Ireland’s Paddy Power and 48 percent by the shareholders of London-based Betfair. Prior to completion of the deal, the details of which are being finalized, Paddy Power shareholders also will receive a special dividend of €80 million ($91.3 million).

Terms of the deal call for Betfair CEO Breon Corcoran, formerly Paddy Power’s chief operating officer, and CFO Alex Gersh to retain their positions in the combined company, with Paddy Power Chairman Gary McGann overseeing a board of directors whose non-executive members will be nominated equally by Paddy Power and Betfair.