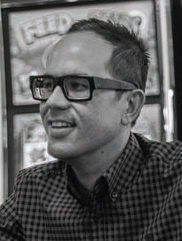 Kimo Akiona will tell you that the remarkable story of gaming supplier AGS is still being written.

Akiona, who joined AGS as chief financial officer and treasurer in March 2015, has been a big part of writing that story so far, from consolidating what he calls the company’s most important acquisition—of Georgia-based slot supplier Cadillac Jack, completed shortly after his arrival—to the nuts and bolts of several more hugely important acquisitions in proprietary table games, interactive technology and elsewhere, ultimately overseeing a successful initial public offering of 10.25 million shares of the newly christened PlayAGS, Inc. in January 2018 that raised more than $149 million.

Each of the company’s acquisitions during Akiona’s three years has been instrumental in filling out the vision of where President and CEO David Lopez told him the company was going at the outset, and the most important of those was Cadillac Jack.

He adds that Cadillac Jack gave AGS one of its key current players—Sigmund Lee, the company’s chief technology officer, who brought his entire R&D team with him. “The biggest thing we got was R&D,” Akiona says. “The R&D team is priceless.”

Akiona had a lot of M&A experience from his 10 years at SHFL entertainment and Bally Technologies, where, as senior vice president, corporate controller and director of SEC reporting, he did financial due diligence on mergers and acquisitions. He says there’s more involved at AGS, where Lopez insists on up-front examination of a company’s culture and people before any M&A decision.

“We have a really high hurdle when it comes to acquisitions,” says Akiona. “Although we’ve done many, all of them have to be put through the ringer. We look at everything that crosses our desk, and we turn down most of them. But the ones we do have some common traits.”

Most important is that they have what Lopez calls a “cultural fit.”

“We are not going to do an acquisition that will derail or degrade our culture,” Akiona says. “We spend a lot of time on the people side of any acquisition.”

Those acquisitions have shaped the growth of AGS, from Cadillac Jack to proprietary table games to interactive companies RocketPlay and online gaming content company Gameiom Technologies.

On the table side, some of the best acquisitions have been IP for progressives. (“We lead the industry in table game progressives,” says Akiona.) The interactive division was “built from ground zero through acquisition,” Akiona says.

For 2019, Akiona says his team will be watching the developing sports betting market closely, but will proceed carefully in considering any acquisitions in that space. “It’s competitive, which means valuations are different,” he says. “It can be expensive, so we have to be even smarter.”

The real excitement for 2019 will be on the product side. “The next year is exciting because we’re going to have more products available than we’ve ever had in our company history,” Akiona says. “We have the opportunity to have a monster year.”

The company also will expand its physical footprint next year, moving into new markets such as Pennsylvania, Ohio and the Canadian provinces, where the company already does business in Alberta, Manitoba, Ontario and Saskatchewan, recently filled a big order in Alberta, and soon will be placing product in British Columbia and the rest of the provinces.

In the end, Akiona says the success of AGS goes back to the people.