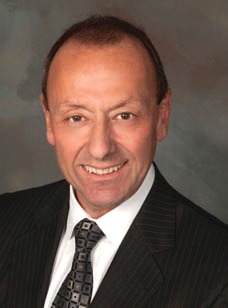 Andrew Klebanow has lived gaming all his life, and understands the globalization of the industry.

The New York native this year celebrates his 40th anniversary in the hospitality-gaming realm. It has a been a rich journey, spanning the roles of casino marketing executive, consulting-firm founder and partner, university guest speaker and industry world traveler.

Klebanow founded Gaming Market Advisors, and changed the name to Global Market Advisors with the addition of Jonathan Galaviz, an expert in Asian gaming. With American bases in Las Vegas and Denver, along with a Bangkok, Thailand office added in 2014, Klebanow splits time between the offices—he recently logged more than 20,000 air miles in a 17-day jaunt between office visits, trade shows and company projects.

“What I love most about this business is seeing what casinos do to improve lives,” Klebanow says. “A typical casino, unlike most businesses, will provide health insurance, a free meal every day and thousands of good-paying jobs. It really changes lives.

“The impact is even more dramatic in a place like the Philippines, in which one person working a good job can support six or seven people. The Solaire casino in Manila employs about 5,000 people. That’s a direct impact on 30,000 people, and then you have indirect jobs for the vendors, truck drivers, laundry service, etc. That in turn leads to induced jobs, coming from money they spend in the community.”

GMA authored feasibility studies in the Philippines, Vietnam and Vladivostok, Russia, and revenue forecasts for casinos in Macau. It also prepared the strategic marketing plan for the Solaire property.

While extolling gaming’s virtues in Asia, Klebanow believes the industry in America must re-evaluate some of its recent trends. Hold percentage on slots have risen to the point of counter productivity, he asserts. It has often spiked 50 percent or more, and threatens to discourage long-term business.

“I’m adamant about that belief,” he says. “We have hit the tipping point. The industry has embarked upon the unsound strategy of raising the price of the product. I don’t think they want to admit they priced it too high. They keep adding bonusing rounds and top-box features with bells and whistles, but they are expensive. In Nevada, some gaming operators even petitioned the state to raise the maximum allowable hold percentage.

“Contrast that with a place like West Memphis (Arkansas), which has Instant Racing at what I believe is about 5.5 percent hold, and the game is very popular. They have about 1,000 machines and they are packed, while Tunica (about an hour south in Mississippi) is dying on the vine.”

Klebanow believes gaming operators should switch the win percentage back in the customers’ favor and limit the max-bet amount. He shares this opinion worldwide, including in articles in GGB magazine.

Klebanow has practiced his own opposition to the quick buck. He gave up a substantial casino restaurant job and returned to school at age 35, to earn a master’s degree in hotel administration from Cornell University. The hardest, yet most rewarding two years of his life resulted, he says.

Over four decades, Klebanow has enjoyed some ride. In 2015, it continues.