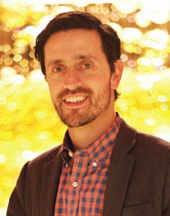 When the Lucky Dragon Hotel and Casino opened in December 2016, it became the first brand new gaming property to open in Las Vegas in the last six years. It is also the first fully Asian-themed property in the city, with signs in Chinese above the English. All the food outlets are a variation on Chinese/Asian cuisine, and the vast majority of the table games are baccarat. David Jacoby has been involved with the development for more than six years, and explains the concept and reasoning behind the property. He spoke with GGB Publisher Roger Gros in his offices at the Lucky Dragon in January.

GGB: This is an interesting property, and it’s been in the works for quite some time. Tell us how it was brought from concept to reality.

David Jacoby: About 2012, I really started in earnest working on Lucky Dragon. The early days were a lot of site prep; the site here was initially five separate parcels, with a city road running through it, and each parcel had different easements. That was a whole process, getting the land prepped for vertical development. And we spent some time putting together an entity that helped raise funds overseas for the projects, so getting that all set up, licensed and ready to go took quite a bit of time early on.

Who are the owners of the property?

The owners are the Weidner and the Fonfa families—Bill Weidner is the patriarch of the Weidner family; he was the chief operating officer of Las Vegas Sands for several years, and now is also the CEO of Global Gaming Asset Management. His eldest son, James Weidner, is the lead on Lucky Dragon for the Weidner family. Andrew Fonfa has been a successful real estate developer of many different asset types throughout the Vegas area for more than 30 years. Notably and recently, he built the Allure condominium tower, which is immediately adjacent to Lucky Dragon.

This is the first completely Asian-themed property in Vegas. Give us an idea of what your target market is.

We look at our core customers as the local Asian population and the regional Asian population. So, a lot of California, Vancouver, Seattle, Toronto, New York, Houston and other major metro areas within the U.S. We’re seeing a good amount of overseas Chinese play, and broader Asian play as well. The inaugural direct flight on Hainan Airlines from Beijing to Las Vegas just fortuitously happened to line up as one day prior to our grand opening.

Most people know that Asians are not homogeneous. There are all kinds of different cultures—Philippines, Japan, Vietnam, etc. And they’re all different. How do you approach different cultures while still trying to present the authentic experience?

That’s been something we’ve paid a lot of attention to from the early phases of this property. We fully recognize that there are many different types of Asian ethnicities, and then even within each ethnicity there are different types of tastes and preferences and personalities. So, there’s no right way to address everything. If we address everything, we sort of address nothing.

We’re careful to make sure, particularly through the cuisine, and through our staff, and through some of our service standards, that we are sensitive to many other Asian ethnicities. So, if you walk around our gaming floor, you’ll certainly find dealers and employees that will speak Mandarin. But you’ll also find Korean, Tagalog, Japanese, Vietnamese, many other languages. We try to be respectful to as many Asian ethnicities as possible.

Let’s talk about gaming. You’ve taken a risk by being strictly Asian, but you also opened without a sports book, no poker, no bingo, no craps, live keno. What was behind that decision?

We wanted to focus on our core customer, and what they really wanted. In our estimation, we think it’s a good hospitality experience, a clean environment, a friendly staff, very good authentic food, and games they tend to prefer—baccarat, heavily. We also thought we needed a spa. We have a beautiful spa on level two, a Sothys Spa. So, we’re not opposed to keno, we’re not opposed to a sports book. Those things may be things we add in the future. We just didn’t necessarily think they were essential to the success of our opening.

We all know customer service is a crucial part of any new casino. How did you prepare and motivate your employees to deliver the experience and the elements that you want the Lucky Dragon to be known for?

I think it started with each of our department heads, and we’ve got people that we’ve assembled here as a team, that all have tremendous experience throughout the gaming industry, internationally, domestically, here in Vegas, not in Vegas. So, we’ve got a great kind of broad representation of people from throughout the industry, and then it’s just really hiring the right types of personalities.

We had a tremendous response to the jobs we were posting for the property, and I was worried we might have to start recruiting heavily overseas, or in the other markets, but so many people were interested in coming here to work, that we were able to really be selective. We filled every position quickly, fairly easily, and with some very high-quality candidates.