Tireless Commitment to Fun for the Gambler 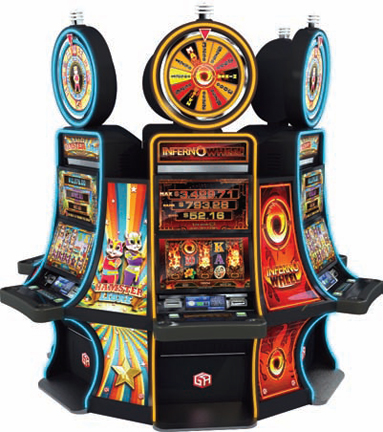 Long known as the world leader in bingo and keno games and technologies, Gaming Arts has expanded its focus to reinventing the casino floor with an extensive library of groundbreaking video reels. Its tireless commitment to innovation, performance and a “Fun for the Gambler” mentality is the driving force behind Gaming Arts’ unrivaled creativity, resulting in the fastest and largest-scale slot launch by a newcomer in the history of gaming.

In the EGM space, Gaming Arts continues to build a powerful portfolio of slot games that are far from ordinary. Its inaugural collection of video reels—including the Pop’N Pays and Da Fa Ba series, the patented Dice Seeker series and Casino Wizard suite of video table games—is being enjoyed by players across the country, with international placements coming later this year. More than 25 titles and the world’s first patent-pending persistent wheel games featuring the HaloTop Wheel Topper will be available to operators in the near future. Customers can also expect to see amazing new hardware in the coming months, featuring some of the sleekest cabinets ever seen on the slot floor.

Gaming Arts’ investment in the game development and design space is a testament to its commitment to providing an exceptional library of innovative slots that players love—while increasing operators’ bottom line.

For bingo operations, Gaming Arts has developed an enormous suite of bingo SuperGames, including the million-dollar Bingo Millions games, all underwritten by Gaming Arts. These games, coupled with technological advances such as its proprietary Super Win Bingo computerized game system, are changing the future of bingo.

Regarding keno operations, the company is the world leader in keno games and technology, including the industry-leading Optima Keno System, installed across the U.S. and Asia, the world’s first fully automated EZ Keno kiosks and KenoCloud.com, which gives players online access to view keno game results at their leisure.

Gaming Arts’ commitment to research and development does not stop there. To combat the Covid-19 threat, Gaming Arts is developing the world’s first series of UVC disinfecting mechanisms specifically engineered for the gaming industry.