According to Gamblit Gaming CEO Eric Meyerhofer, more casino operators are coming around to the inevitability of new gaming forms 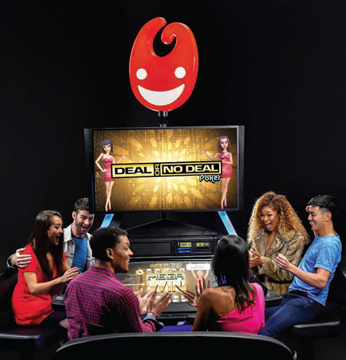 “In times of rapid change, experience could be your worst enemy.”

Eric Meyerhofer, co-founder and CEO of Gamblit Gaming, would likely agree with the above, attributed to billionaire industrialist Paul Getty.

When skill-based casino games first debuted a few years back, says Meyerhofer, “you could divide operators into three buckets. One camp—about 30 percent to 40 percent—believed they didn’t need to concern themselves with a shifting age demographic, because (younger) people would eventually change and adopt traditional gaming.”

The second camp “knew they could be facing challenges in the digital age, were willing to do some experimenting, but were still cautious”—the kind who would rather follow than lead.

The third bucket, he says, included “the coalition of willing operators who wanted to experiment and really learn what their clients want next. Those are our active customers today.”

A Glendale, California developer and publisher of skill games and associated products and technologies, Gamblit has positioned itself squarely in the space where interactive meets gambling. With content that engages, compels, entertains but also challenges, the company was founded on the belief that skill-based games may be the sweet spot where youthful gamers evolve into loyal gamblers.

With a caveat. Meyerhofer says the “skill-based” moniker is “kind of unfortunate in retrospect, because it implies if you’re not skillful, you’re never going to win. Many of our games are 100 percent chance-based, though there may be player decision points along the way. I like to say this is more about player agency—the player gets involved in making a choice or taking some action that directly impacts their ability to win versus pressing a spin button on a slot machine that’s 100 percent luck.”

Its titles are “very heavily skewed to arcade and casual-mobile games, as well as certain card games and games of dice—it’s a whole range of products,” says Meyerhofer, adding that even dedicated skill players sometimes want a break from the competition. “We’ve found that some people can only do it for so long before they get fatigued. Then they’re going to want a more relaxed experience.”

Here’s a sample of what Gamblit is talking about at G2E:

The trade show also will mark the global debut of Cookie Jam Blast, one of the most successful match-3 games ever with more than 100 million downloads to date. The “puzzle adventure” features 100-plus levels to keep players engaged, and multiple ways to win cash while swapping, matching, and blasting cookies.

While many operators are willing to try their luck on skill games, holdouts remain, says Meyerhofer. “No other industry has been unaffected by the digital age, and most industries have been pretty dramatically reworked. But for some operators, as long as they see a big monthly return, they’ll wait and see, and let the next guy deal with it.”

Gamblit has said it caters to “Generation Game:” the digital natives and mobile-centric gamers who aren’t satisfied with a ho-hum or passive casino experience. Meyerhofer points out that that the demographic of 20- and 30-somethings is being joined by mature patrons with bigger wallets.

“If you go back to 2010, 2011, the running debate was about how long it would take people in their 60s to get smartphones. The estimates were on the low side, and they were completely wrong; these things are pervasive,” he says. “We’re almost here to try to move the age curve, which we know we can do.”