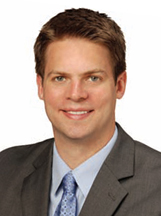 For CJ Fisher, there was no question he was going to be a lawyer, and then once he was a lawyer, he had an idea of where he wanted to go.

“When I started, I was interested broadly in the gaming and hospitality space,” he says. “The skill set I had developed over the years—litigation and a finance background—seemed to fit. I like that regulatory component of the gaming practice most of all. When I got a chance to get involved, I jumped at the chance.”

Joining Fox Rothschild’s Atlantic City office was another stroke of luck. Fisher credits Nick Casiello, the head of the firm’s gaming practice, and longtime attorney Marie Jones for helping him get up to speed. Since he’s been with the firm he’s represented clients like MGM Resorts, Amaya, Empire Resorts, GTECH and others.

“As a group, and personally, we’ve had the opportunity to work with many internationally known clients,” he says. “Whether it’s sports betting or ramping up a casino from the ground up, it’s always interesting to me.”

His interest level ramped up last year when the Supreme Court issued a decision that legalized sports betting and made regulatory attorneys a hot commodity.

“Recently, with sports betting, I’ve been fascinated by what’s happened in such a short time. And I really like to be able to help clients who are getting involved in this field. I’ve always had an interest in sports, so to be able to advise companies and individuals on how to get involved in the U.S. has been gratifying.”

The message he had to deliver to potential clients about U.S. regulations overseeing sports betting wasn’t a pleasant one.

“I tell them they’re in for a rude awakening with the licensing and ongoing compliance requirements they may not have had to face in other jurisdictions,” he explains. “When we go through the process with them, they’re honestly stunned. But so far, most of them are on board and ready to go. It’s just necessary to get over the initial shock.”

Fisher has been around long enough to remember when the New Jersey regulatory system was a black hole for any company expecting a quick license or product approval. But with the appointment of Division of Gaming Enforcement Director David Rebuck in 2012, there has been vast improvement, says Fisher.

As for Fisher, the advice he got early in his career stuck with him.

“As an attorney,” he says, “they always tell you to find your niche, and it doesn’t get any more niche than gaming and the regulatory field. It’s such an interesting field that I learn something new every day.”

But it wouldn’t have happened without learning from those who went before him. Fisher recommends that new entries into gaming pay attention to experience.

“Listen and learn from your mentors,” he says. “Whether you’re in marketing or sales or the legal side, there are so many people who have been in this business a lot longer than you. Find your mentor, listen and learn.”