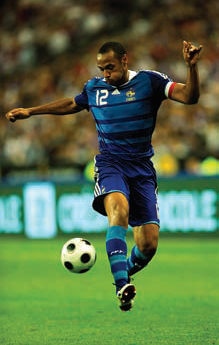 The integrity of football in Europe—the game known as soccer in the U.S.—has come under question as Europol, the European Union’s joint police body, has uncovered more than 680 “suspicious games” on five continents following an investigation. It is the largest number of game-fixing incidents the agency has ever uncovered, and could have far-reaching implications for the sport.

The 19-month investigation, which is still ongoing, uncovered match fixes in at least 15 countries, including Turkey, Germany, Italy, Switzerland, South Africa, Finland, Slovakia and Hungary, among others. Europol has implicated at least 425 people, including game and club officials, players and criminals, who profited from illegal game-fixing dating back to 2008.

The agency has not disclosed specific suspects, teams or games, as the investigation continues, but the list includes a Champions League game in England that ended in a tie and three World Cup qualifiers, two played in Africa and the other in Central America.

“This is a sad day for European football,” Rob Wainwright, the head of Europol, said during a news conference in The Hague. “It is clear to us this is the biggest-ever investigation into suspected match-fixing in Europe. It has yielded major results, which we think have uncovered a big problem for the integrity of football in Europe.”

With an estimated $1 trillion a year wagered on sports, corruption on the playing field is nothing new. Recent actions by FIFA, football’s international governing body, bear this out. In January, FIFA barred 41 players for fixing matches in South Korea. The month before that, the president of the South African association was suspended after it was learned that four exhibition games preceding the 2010 World Cup were fixed. In the last year, court cases have exposed corruption and bribery in football in China, Turkey and Italy.

According to Neil Humphreys, author of the best-selling novel Match Fixer, game tampering is rife in Eastern Europe, especially in the lower leagues, where players are not always paid on time and do not command the high salaries of players on teams like Liverpool or Manchester United.

But perhaps the largest center of sports corruption is in Asia, where murky betting practices and crime syndicates go hand in hand. Europol’s recent investigation has centered on a Singapore-based crime network that yielded $10.9 million in betting profits and $2.7 million in bribes. Some of those bribes topped $135,000.

“The syndicates are very well protected,” Humphreys, who is based in Singapore, told Sportsmail. “There is a lot of money behind them, coming from rich businessmen in China, Malaysia and Singapore.”