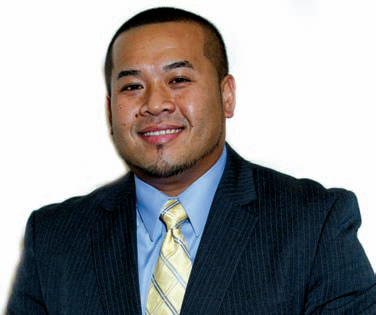 To say the casino business—and the pit in particular—is in David Vatthanavong’s blood is not hyperbole; it’s fact.

Vatthanavong, who is a pit manager at Philadelphia’s SugarHouse Casino, got into the casino business through his mother, who was a baccarat dealer at the old Sands in Atlantic City. In 1997, she encouraged her son, a valet parker at the Tropicana at the time, to get into table game operations.

“She wanted me to become a blackjack dealer, because the money was good,” Vatthanavong recalls. “So, around September 1998, the Sands Casino offered an eight-week blackjack training course, and everyone who completed the course was granted a part-time, weekends-only job. I applied and was picked for the training, and eight weeks later, I was a blackjack dealer.”

Vatthanavong was all of 18, fresh out of Atlantic City High School at the time. And his career would be on a fast track from that point forward. After moving to the Tropicana when the Sands was bought by Carl Icahn in 2002 and a year at the Trop, Vatthanavong moved to the Borgata as a dual-rate dealer, and quickly got attention from the pit staff at the then-new casino. “Due to the high volume and big play, I learned quickly and efficiently how to handle myself and rise above the pack,” he recalls.

That ability landed him a job as the youngest full-time supervisor in the Borgata’s pit.

But Vatthanavong’s fortunes would continue to rise at another new casino, this time in the city of Philadelphia. SugarHouse Casino opened as a slots-only casino, but Vatthanavong’s opportunity would come shortly after Pennsylvania casinos added table games in July 2010. Rosemarie Cook, the new VP of table games at the SugarHouse, offered him a job as a full-time pit manager. “She saw something in me and believed in me,” Vatthanavong says.

At age 30, Vatthanavong became the youngest pit manager in Pennsylvania, a distinction he retains today at 33. He attributes his fast-track career to mentoring and opportunities that came from people like him: “They were new to their position and hungry for success, and it showed,” he says. As far as Cook, Vatthanavong says, “The thing that impressed me most about Rose is that she is willing to share her knowledge with me to make me a better manager.”

Vatthanavong adds Mario Palladinetti, executive director of relationship marketing at the Borgata, to his list of influences. “His professionalism and overall demeanor with guest interactions was always impressive to watch,” says Vatthanavong. “Mario was my mentor throughout my time at the Borgata, and is still my mentor now.” Vatthanavong is looking forward to an expansion of the table game operation at SugarHouse that is now under way, and to being a mentor himself. “I want to learn, and teach others whatever I can,” he says. “Long-term, I will work on my education so I can further my career and climb the corporate ladder.”

Should be a short climb.