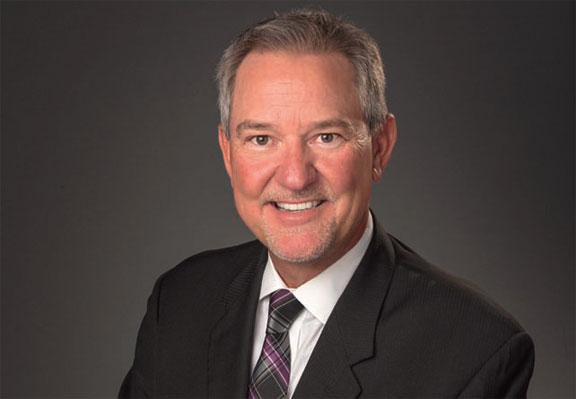 Marcus Prater is retiring after 14 years as executive director at the Association of Gaming Equipment Manufacturers. During his tenure, he brought renewed focus on the importance of the equipment used in the gaming industry and how the revenue achieved by the operators is largely dependent upon the games, tables and technology provided by AGEM members. He recounts the high points of his leadership and why he believes AGEM will continue to grow under the incoming executive director, Daron Dorsey. He spoke with GGB Publisher Roger Gros at the GGB offices in Boulder City, Nevada in January.

GGB: Congratulations for completing 14 years at the helm of AGEM. Prior to your arrival, AGEM was kind of directionless. What did you do to get them on the right path, with the guidance of the board of directors, of course?

Marcus Prater: If you go back to the beginning of my time, which was March 2008, I thought during my years at Bally that AGEM had much potential to do a lot of great things. The executive director at the time was a nice enough fellow, but I had a vision of what AGEM could be, and it started with the growth in the membership.

IGT was dominating at the time, but its chairman Chuck Mathewson brought together all the domestic U.S. slot companies as founding members—IGT, Bally, WMS and Aristocrat. We had at the time only 32 members and none from outside the U.S. Even then the gaming industry was global, and it’s even more so now. All of these manufacturers were showing up at trade shows in Macau and London and Buenos Aires and Las Vegas. So to ignore the global aspect of the industry was not the right thing to do.

And so I went out and started using the contacts I had from my Bally days to convince different companies to join. Novomatic obviously with its dominance in Europe at the time was the most significant. Jens Halle, who headed up Novomatic at the time, was skeptical. Everyone thought that “A” in AGEM stood for American, which was not true then or now. But getting Novomatic to join as a Gold member, at the same level appropriately as IGT, Bally and the others, the membership growth really took off from there. At our peak, we had 190 members in March 2021, from 22 different countries. So when you grow like that, it brings a perspective from all over the world. Right now we have 171 members. We lost a few during the pandemic.

With the rise of iGaming, sports betting and fintech, are you getting a boost in your membership from those segments?

Yes, it’s blurring obviously where the IGTs and Sci Games are happily making their slot machines, but they’re also providing the sports betting engines that these operators are using. And then you start to throw in the fintech side of cashless and payment processing and it’s an exciting time.

We’ve made more progress, frankly, in the last few months than we have in the last year. We announced a campaign some two years ago. The AGEM board was frustrated at the spread of these so-called skill games in Pennsylvania, Missouri and Virginia in particular. I knew then and I know now that trying to stop the spread of these games is very difficult and that stamping them out is virtually impossible. We’re putting a spotlight on the problem wherever we can whenever we can. And, in the last couple months, we, AGEM and the AGA, submitted letters to the U.S. Department of Justice as part of a public comment period on the Gambling Devices Act of 1962, which requires all gambling device companies to register with the DOJ. And I guarantee you these shady companies producing these machines are not adhering to that law. We took the opportunity to address that and call out some of the specific companies by name so that DOJ could go check to see if they’re following the law.

You keep your members up to date on what’s happening in jurisdictions around the world, whether it be regulations, legislation or technical standards. How do you track these changes?

As I reflect on my time, I would say that certainly that is one of the most important things we did. It’s not just me who has done all this. We have people like Tracy Cohen, who’s our director of Europe, Connie Jones, our director of responsible gaming. And of course the officers who are the executives at the member companies. It was difficult for suppliers to get a seat at the table. If you go back to when AGEM began in 2000, I do feel like these suppliers were always treated like second-class citizens.

The operators and the regulators were driving the bus on everything. They said to the suppliers, you’ll get your turn someday. But the reality is our influence has grown, and our ability to have a seat at the table in every regulated jurisdiction in the world has improved dramatically. And there are examples like Mexico. It’s been very frustrating, but the only constant with Mexico and the regulatory body SEGOB has been AGEM. The government officials and regulators turned over several times—staff and directors. We are still there trying to make a decent-to-very-good market. It has the potential to be very good.

We have a seat at the table with what’s happening in Japan. We just scored a major victory in Pennsylvania where we’ve been working on this issue where certain game types were being rejected by Pennsylvania’s lab. We worked on this for two and a half years. I have to give a shout out to Kevin O’Toole as the executive director of the Pennsylvania Gaming Control Board. He sent us a letter in December that thanked us for showing him the light of how to be flexible when it comes right to slot standards and slot regulations.

The AGA and AGEM come together to address important issues. One of the recent presidents of the AGA suggested that AGEM be dissolved and its members just become part of the AGA. That didn’t come to pass, but why wasn’t it considered?

I think that we each have different missions, for one. The AGA was founded with the idea of federal issues with a Washington, D.C.-based organization, focused really on federal issues. For many years they wanted nothing to do with state issues. Well, these state issues are very important to our members when it comes to issues like regulations and the expansion of gaming. These suppliers are an important resource that’s making the global gaming industry what it is today.

There are companies that are members of both AGEM and AGA, and they can participate in different pursuits like the Wire Act, a federal issue where both the AGA and AGEM weighed in. And of course we’re partners with G2E. I think we got very lucky with the timing this year, and with the little break in the pandemic, the show was considered a success. AGEM gets a percentage of the revenue for our operations.

And just in the last few years the chairman of the AGA was a supplier with Gavin Isaacs and Trevor Croker. So they obviously recognize the leadership that these executives bring.

Yes, they bring that to the table as well. Like in other audiences, it was a bit of a slow slog to get there, but we’re there now.

AGEM is known for being very generous to charities, educational institutions and efforts, and conference sponsorships. How do you decide who is worthy of AGEM donations?

We have a mission statement that essentially mandates, in my opinion, that we focus on responsible gaming and education in particular. I think we have an obligation on the responsible gaming side as the gaming industry has grown so much globally. In some cases, the dedication to responsible gaming became an afterthought. And so it’s our job and it’s the right thing to do to support the handful of very effective and prominent responsible gaming organizations that deserve our support.

When you look at an organization like the Problem Gambling Center in Las Vegas, that’s a treatment facility that would struggle without our support. And then, you have the International Center For Responsible Gaming, which is more of a research group, and then you have the National Council For Problem Gambling, which is an educational group. They all have different missions. They all work together for a common goal.

Education’s the same. We’ve funded a whole series of scholarships with our contributions. Our signature contribution is a new building for the School of Engineering at the University of Nevada, Las Vegas. That’s a seed that you plant. And then it pays off because we need engineers.

Your big contribution to the ICRG is the golf tournament held every year. And you’ve been doing that for more than 20 years now. That’s a great event and everybody loves it, and we were able to do it at the end of September this year.

We’ve raised over $2.2 million. It’s a great industry event for a good cause. The reality is that it goes to really good work that we need to focus on as an industry.

You’ve got an exciting year coming up for AGEM. Your replacement is going to be taking over in the beginning of March, and AGEM will have a new office at some point this year. How do you think the transition is going to work?

I’ll be somewhat of a lame duck for a little bit. My contract expires at the end of February 28 by design. The board did an extensive search, and Daron Dorsey, who was the general counsel for Ainsworth and has been an officer of AGEM for five years, was selected. He is a great candidate because of his institutional knowledge of what AGEM has done. He’ll start March 1 and we will move into the Black Fire Innovation Lab, which is at the UNLV Harry Reid Research and Technology Park. It’s going to be a great location for AGEM; the energy in that building is palpable.

There are lots of good things coming up for AGEM.

Can you pinpoint one accomplishment that you’re most proud of during your time with AGEM?

It’s not really one. It’s the big picture; it’s the seat at the table. We had to scrap and fight for our rightful place in this industry. I’m not discounting the brick-and-mortar facilities and the money that these palaces on the Strip and in Macau and around the country, around the world, bring in. These casino operators spend a fortune to get into the market.

But at the end of the day, the revenues are being generated for the most part by our machines, our tables and our technology. This has been a passion of mine. And again, I’m not taking sole credit for all this for just myself, but I was helping to drive this because I felt passionate about it. And I think the proof is in the pudding in terms of where we were in the early 2000s to where we are now.