The long-awaited merger between Caesars and Eldorado is a cash and stock mega-deal that will create the largest casino operator in the world, but for Eldorado it also carries a ton of debt 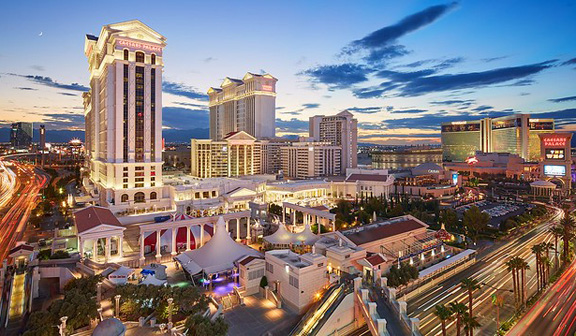 It’s been expected for weeks and even months. It’s finally happened.

Eldorado Resorts and Caesars Entertainment have shaken hands on a merger of their two companies in a $17.3 billion cash-and-stock deal that will create the world’s largest casino operator.

Corporate raider Carl Icahn, who has amassed a controlling 28 percent stake in Caesars over the last several months, professed himself “pleased.”

Icahn, the main catalyst for the deal, had been pushing hard for a sale of the Las Vegas-based gaming giant, which had shed some $10 billion in debt through a reorganization in U.S. Bankruptcy Court of its largest operating company two years ago, but was unable to generate much lift under a share price that’s lagged below $10 ever since, despite an enormous portfolio of 53 properties in 14 U.S. states and five other countries.

Once Icahn swooped in, eventually claiming three seats on the board of directors, a sale was all but assured.

“This merger is the quintessential example of how an activist shareholder, working collaboratively with the board, can enhance value for all stockholders,” he said in a prepared statement accompanying the announcement of the merger last month. “The deal price represents a premium of 51 percent over Caesars’ trading price on the day before our representatives joined the Caesars board on March 1, 2019.”

Needless to say, that’s a huge profit for Icahn and a win overall for Caesars shareholders.

Eldorado was a relatively obscure Northern Nevada operator that went on a buying spree five years ago and transformed itself into a major player in the U.S. regional market with 26 casinos in 12 states. It will acquire all of Caesars’ outstanding shares for $8.40 in cash each, and 0.0899 shares of Eldorado stock based on Eldorado’s 30-calendar day volume-weighted average price per share as of May 23.

Based on that formula, the deal values Caesars’ equity at $8.54 billion, or $12.75 per share, and is worth in total approximately $17.3 billion, comprised of $7.2 billion in cash, approximately 77 million Eldorado shares and the assumption of Caesars’ outstanding debt of roughly $8.8 billion. Respectively, Eldorado and Caesars shareholders will hold approximately 51 percent and 49 percent of the shares of the combined company, which will retain the Caesars name.

Shareholders of both companies need to approve the merger, which is expected to close some time next year.

It’s the biggest casino sale since Caesars’ ill-fated leveraged buyout by TPG and Apollo Management in 2008 which ultimately landed the gaming giant in Chapter 11. Counting Eldorado’s 26 casinos—23 after a pending sale of two casinos in Missouri and one in West Virginia—it’s a massive portfolio, one that carries nowhere near the debt load of the Apollo-TPG deal but sizable debt nonetheless. Eldorado shareholders reacted negatively to the announcement, sending the stock down more than 8 percent.

What appears certain is that the new Caesars will be looking to sell off assets, especially in Las Vegas, where they’re likely to fetch higher prices.

“I think that there’s more Strip exposure than we would need to accomplish our goals with our regional database,” CEO Thomas Reeg said. “So I would expect that we would be a seller of a Strip asset, but that decision has not been made.”

The sale in June of the three Missouri properties is expected to ease regulatory approvals there, but questions remain in Atlantic City, where a merged Caesars/Eldorado company would control four of the city’s nine casinos—Caesars, Harrah’s, Tropicana and Bally’s. Although Caesars alone had previously controlled four casinos up until 2014 when it shuttered the Showboat, there were also 12 casinos open at that time. Bally’s seems to be a prime candidate for closure, but the rooms would likely remain open, with Caesars absorbing the Wild Wild West casino, where a new sportsbook just opened.

It’s expected also that the deal will spell the end of Caesars’ aspirations globally, particularly in Japan, which has attracted interest from all the industry’s major players.

“The opportunity internationally is going to have to be, frankly, stupendous for us to be running in that direction. But no firm decisions have been made at this point,” Reeg said.

One firm decision has been made, however, prior to the merger. The Gold Coast Bulletin in Australia has confirmed that Caesars will no longer be pursuing an integrated resort in Queensland. The newspaper quoted Queensland Tourism Department Director Damien Walker as saying the deal was not “an attractive opportunity” for Caesars.

As for Tony Rodio, who Icahn pushed into the position of Caesars CEO, it’s expected he’ll remain on the job at least through the closing of the merger, and possibly after that.

Rodio ran Tropicana Entertainment when Icahn owned that company and reportedly was a key figure in the negotiations that led to Eldorado’s 2018 acquisition of Tropicana’s eight casinos for $1.8 billion.

Rodio said, “I’m familiar with Eldorado and its management team, and I look forward to collaborating with them to bring our companies together.”