Dealing with the undesirables 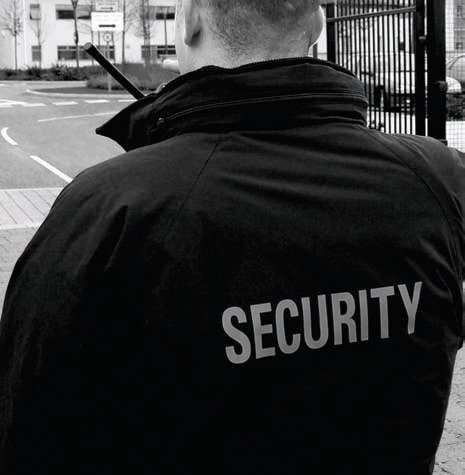 A man is standing at your main casino entrance, begging customers for money, food and alcohol. His offensive body odor can be smelled from 10 feet away. Two security officers approach him, stand on either side and order him to the security office. He says, “I will just leave,” and is still ordered to the office to be formally evicted and photographed.

When the supervisor arrives, the man is interrogated and told he is going to be trespassed—that his behavior is unacceptable and he is never to return. The supervisor takes out a camera, and the man tells him he cannot take his picture. The supervisor takes it anyway, reads him the trespass law, gives him back his belongings, and escorts him to the nearest door.

Could this scenario happen at your casino? Were the actions of the security officers and the supervisor lawful? If this happened to you at a local department store while you were waiting for your spouse, what would you do?

The detention becomes problematic when the person detained is not being placed under a citizen’s arrest for a misdemeanor crime, or for the purposes of notifying the police. The vagrant certainly cannot remain and create a negative experience for the legitimate users of the casino, yet the actions of the security personnel need to be in compliance with the prevailing law, regardless of the social status of the man.

Just because the offender is dirty, smells and is exhibiting undesirable behavior does not mean that security can take his self-respect from him and violate his rights. If security treats vagrants in that manner, chances are they treat other customers the same way. The actions and demeanor of the security personnel towards the man are also observed by the passing patrons, and could be perceived negatively and impact future business.

Many executives lose sight of the fact that security personnel in a gaming environment have no special powers beyond that of a private citizen. They are typically not sworn peace officers, and have no more legal authority than a housewife or local mechanic when it comes to arrests and getting an undesirable off their premises.

In many casinos, the security officers truly believe they can detain someone to interview, interrogate or speak with them for various reasons because they are in a casino. Although the laws vary dramatically around the world regarding detention in casinos, and can be very harsh for the targeted customer in third-world countries, detention in North America means taking away the ability to move freely about your personal business.

For those in the United States, the reality is that all persons have freedoms that are protected by the Constitution, and violating a person’s rights comes with consequences. It is alarming that instances like the one with the vagrant occur regularly in casinos. The vagrant is a common challenge for security, much the same as prostitution and other undesirable activities. They need to be ejected from the casino in a professional and lawful manner.

Police officers have the legal authority to detain someone, for up to one hour, without placing them under arrest. They can also handcuff that person and place them into a patrol car while they conduct a field investigation to determine if a crime has occurred. Security does not typically have that same authority, yet many believe they do.

There are many forms of behavior that are deemed undesirable in casinos. The obvious ones involve prostitution, vagrancy, intoxication and obnoxious behavior. Each property has unique characteristics that attract undesirables for various reasons. Another common form of undesirable behavior is the abuse of promotional programs, drawings or contests designed to attract customers into the casino. Some employee misconduct, involvement in a criminal act and unwanted gambling methods are also common undesirable behaviors.

Conversely, the casino has a legal obligation to eject persons that may cause harm to others, and has the right to ask a person to leave the premises for any reason. The trouble is that some casinos eject dozens of people daily, and the ability to monitor the ever-growing lists of banned persons becomes unmanageable.

The business has the right to refuse service to anyone as long as the refusal and subsequent actions are lawful and reasonable. Assurance that security personnel are ejecting patrons for the right reasons is a proactive security measure.

Also important is how the decisions to trespass patrons affects revenues, public perceptions, escalation of ejections to arrest, and the payroll impact on security that must be involved in the process, including the associated reports. As with any action your security staff becomes involved in, responding to negative situations is a fundamental part of the gaming security function. A periodic review should be made of the processes, result and impacts on operations. Here are a few things to consider when reviewing the management of undesirables in and around a casino.

The security director should have an analysis completed that summarizes the ejections of undesirables on the property on an annual basis. Identifying what the reasons are for the trespass warnings will also identify methods to correct the root cause.

As an example, if there is a pattern of intoxication issues that result in ejection of intoxicated patrons, the alcohol management program may need to be addressed. If there is a significant number of trick rolls in the hotel and suspected prostitutes on the property, a specialized enforcement program may be needed to include the local vice squad.

If the security staff is intolerant of minor incidents and overreacts by detaining and trespassing patrons, there may be an opportunity for training of staff in de-escalation skills and dealing with customers in negative situations. Without adequate supervision and training, security personnel will have a tendency to take the easiest solution to them, which is to get rid of the immediate problem rather than solving the long-term problem.

Review of the incidents where a person is repeatedly warned not to return and continues to appear should also be completed to identify those problematic trespassers and develop a targeted enforcement program to solve issues of habitual offenders. The habitual offender causes security personnel to be tied up dealing with them and not patrolling the premises.

Identifying trends, patterns and frequency of evictions will assist in managing the security response. Taking the time to analyze the trespass and undesirable actions can be quite revealing in the overall security and safety of the patrons and employees. By taking a look back at the issue, the management solutions will become obvious. It will also become obvious which personnel are repeatedly involved, and that remedial training of those individuals may be required.

Removing undesirables is a common event in any casino, and should have written guidelines for officers to follow. Absent a formal process, the security officers will do what they believe is appropriate based on their work and life experiences. The result will vary dramatically, and an inconsistent application will result.

Establishing clear authority and notification levels for patron ejections will also assist in managing the long-term result. Having the policies and procedures reviewed by an outside professional corporate attorney and risk managers can also prove beneficial. Including the statutory laws involving arrest, detention, false imprisonment, assault, battery, vagrancy and prostitution will also help guide the security staff in delivering a consistent and professional enforcement program.

Management should clearly define the objectives and the legal process to manage undesirable behavior on the premises in the form of policy and procedure. The document does not have to be long or complicated, as long as it addresses the legal authority, prohibitions of certain conduct by security personnel and the company’s directives.

As in the scenario at the beginning of this article described, if security personnel are not trained in the applicable laws that govern arrest and detention, negative impacts will result in community relations with law enforcement and in civil liability. Once a formal policy and procedure is in place, it can be the basis of the formal training of personnel.

Most jurisdictions do not have specific gaming-related laws on detention. Nevada is one of the few states that have specific laws regarding detention for felonies or gaming-related crimes for the purpose of notifying a peace officer or gaming agent. Security personnel should be well-trained in the laws that are applicable to the functions they perform every day in ejecting patrons or placing them under citizen’s arrest if they do not comply and leave the premises.

As another example, searching a person is typically allowed for the purposes of detecting weapons only, and must be incidental to an actual arrest in most jurisdictions. If you are merely advising a person they are not welcome, a search by security personnel is inappropriate in the eyes of the law in most jurisdictions. Probing through a person’s purse or wallet to find an identification document or emptying their pockets is also inappropriate.

Taking a digital picture of someone who does not want their picture taken can also present civil liability issues. It is quite simple to have surveillance obtain a still photograph from video that is captured in most areas of a casino. Adequate training will address these issues and assist in overall litigation avoidance.

Having a clear and well-defined policy and procedure will be the foundation for the training of security personnel, along with review of the appropriate local laws. Security personnel should be trained to perform duties related to undesirables and what is expected from management.

Any seasoned executive knows there are impacts to anything that is done or not done in a casino environment. If the security staff ejects and bars hundreds of persons from the premises annually, the impacts must be considered. Revenue, public relations and scrutiny by regulators are all considerations that impact operations.

Overreaction by managers and security personnel will have an impact on revenues, and the long-term negative comments patrons will relay to potential future customers. The person ejected will certainly have many negative things to say, as well as all of the patrons who witnessed the interaction between the person and the security staff. Most of those customers have smart phones with video capability, and the interaction could appear as a YouTube video clip within minutes, and viewed by thousands.

The negative impact that comes with allowing undesirables to roam freely and offend or commit crimes against other patrons must also be measured. Serious fines and potential revocation of gaming licenses for allowing criminal activities must be considered and balanced with the other factors.

Completing an analysis and proof of an organized, professional plan will go a long way when regulators conduct their own review and investigation as a result of complaints or escalating criminal activity. It will also prove beneficial in a civil litigation when a jury must decide if the casino’s actions were reasonable and within the industry standard of care.