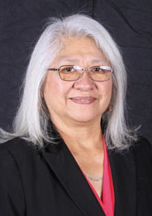 Last May, the United States Supreme Court struck down the Professional and Amateur Sports Protection Act of 1992, which prohibited legal sports betting in all but a handful of states.

In a sterling example of quick work, by mid-June the Choctaw Gaming Commission had announced that its three casinos in Mississippi would offer the wagers. And by the end of August, the tribe made history when its Pearl River Resort near Philadelphia opened the first tribal sports book in the U.S.

Commission Chairwoman and tribal member Bea Carson says she and her team are “still in the excitement phase.”

“I see good things happening,” says Carson. “We have a good relationship with the Mississippi Gaming Commission, and we all share the mindset that we’re here to protect the customers as well as the casinos” through effective policies, procedures and regulations.

Gaming is a pivotal part of the tribe’s business empire. According to a 2014 report, in that year the three Choctaw casinos generated almost $500 million in total revenues, supported 5,000 jobs and paid more than $164 million in wages. They’re a huge boon not only to the 11,000 Choctaw members but to the greater community. The availability of sports betting should only make the enterprise grow.

“The integrity of the commission is first and foremost,” she says. “The integrity is essential to protect the gaming venues, the tribe, the patrons that come to our facilities to enjoy themselves and also our associates. We’re one of the largest employers in Mississippi, and there’s a trickle-down effect from our prosperity that’s very important to the surrounding counties.”

With a staff of 30—she calls them her “foundation”—Carson looks forward to even greater influence in 2019.

Asked to list the personal traits that have helped her succeed, she replies, “Being able to direct, delegate, and forecast. Knowing how to brainstorm. But No. 1 is being able to communicate.”

She pauses. “Actually, being able to listen is really the big one.”

The gamblers of Mississippi are talking. Clearly, Bea Carson and the Choctaw Indians are listening