Initial visitation when casinos reopened during the pandemic skewed younger. Has that pattern continued? 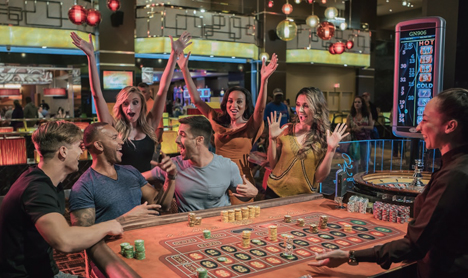 You occupy a particular place in the casino world. To wit: the prospect of you sitting at a slot machine for hours at a clip isn’t likely to happen. Not social enough. Too solitary. Blackjack table, maybe. Craps, for sure—if you can afford it. Which brings up another to wit: you lack the discretionary income to truly make the most out of a visit to a casino resort. Yet another to wit: you want more out of said visit than hanging out in a casino. Dinner at Council Oaks Steaks & Seafood at the Hard Rock Hotel & Casino Atlantic City? Yes. A rock concert at the Etess Arena? Absolutely.

But you probably don’t gamble enough to earn comps, so you’d have to pay cash. There’s the discretionary income thing again.

That about sums up millennials and casinos. But…

The millennials were among the first folks who returned to the casinos when they reopened after the coronavirus shutdowns last year.

“We saw a younger demographic return faster after opening during the summer of 2020,” Hard Rock President Joe Lupo says. The elderly—that means you baby boomers—were reluctant at first over health concerns.

But skewing younger lasted only until vaccines became widely available, Lupo says. “We are now back to levels that were consistent prior to Covid-19, in which the millennials make up a small portion of our casino customer.”

However small, millennials visit casinos even when confronted with other entertainment options, says Josh Swissman, founding partner of Las Vegas-based The Strategy Organization. “To me, that means that these patrons are here to stay,” he says.

Millennials are a huge cohort, so you have to expect some trial and error with casinos both before and after Covid-19, says Cory Morowitz, of Morowitz Gaming Advisors, LLC in Galloway, New Jersey. Again, don’t expect riches. “Since 80 percent of gaming revenue is typically driven by 20 percent of customers, I do not think this cohort is a significant driver of gaming revenue at this time,” he says.

But if they have some money to spend, millennials would rather spend it on food and beverage, clubs, and rooms in destination markets, Morowitz says. “They spend about 25 percent less as a cohort than both Generation X—the generation preceding millennials—and baby boomers on entertainment purchases (per U.S. Bureau of Labor Statistics).”

Much less, Lupo says. Millennials will spend 25 percent of what a baby boomer shells out.

“The spend per player continues to be much higher with an older demographic.” Lupo says.

That needs to be considered when factoring in how much to spend to woo this elusive crowd to the casino, Morowitz says. 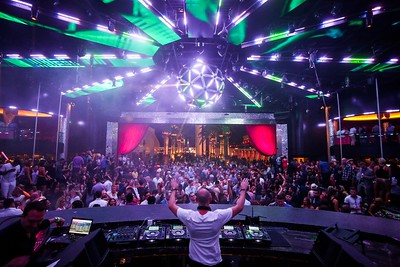 Nightclubs are a big attraction for younger demographics

It doesn’t make sense pushing slots on millennials, Swissman says. “Being a more individualized activity, slots do not seem to resonate as much as table games and non-gaming amenities. Electronic table games appear to be especially attractive to this bunch,” he says.

Sports betting may be an even more attractive avenue for this generation.

“This is an industry tailor made for this group,” Swissman says, “driven via a mobile device and able to be consumed and utilized in quick, bite-sized interactions. Coupling this interactive experience with the social environment of a retail sportsbook is ideal for the younger crowd because it is mobile technology, highly social, and very shareable.”

Millennials’ interest in online sports betting, particularly among males, is fueled in part by esports betting. “They will also bet at brick-and-mortar casinos, but to a much lesser extent than their online activities,” Morowitz says. “The convergence of esports, iGaming and sports betting has spurred significant product innovation in the gaming industry, for both online and at brick-and-mortar casinos. Many of the innovations around sports lounges and skill gaming in casinos as well as online platforms are geared to this cohort.”

Gaming aside, millennials want to party. Or at least eat at a nice restaurant.

“They are very much driven to the nightclubs, day clubs, pools and similar entertainment-oriented amenities,” says Morowitz. “You see this more in destination markets than in local markets, where casinos are still very much geared to an older demographic and where local casinos are typically rejected by millennials.”

“Otherwise, I can’t say they are truly being catered to from a casino standpoint. Pricing in the casinos, if you do not receive comps through casino play, is a deterrent until they acquire more disposable income and an affinity for casino gaming,” he says.

Morowitz agrees that the spending patterns and consumer activities of this generation will evolve over time.

“Millennials spend on convenience,” Morowitz says. “They spend their dollars online, or at local bars and restaurants. If they buy homes or move out of cities to the suburbs, or just get older, their behavioral patterns will change. This will affect their discretionary entertainment dollar. Just think of when baby boomers were young and where they are now. Most bars from our youth have been replaced by Walgreens and CVS.”

Stockton University in New Jersey last released a study on millennial habits in casinos in 2016. “While the data is now five years old, and the events of recent months have introduced many as yet unknown variables, we should expect some of these identified trends to have persisted to the present day,” says Jane Bokunewicz, faculty director of the Lloyd D. Levenson Institute of Gaming, Hospitality and Tourism (LIGHT) at Stockton University School of Business.

LIGHT’s recent 2021 Atlantic City Visitor Survey confirmed that younger patrons were among the first to return to Atlantic City. Whereas the resort’s older guests delayed returning or reduced frequency of visits—perhaps out of concern for their personal health—younger guests did not appear to have been as significantly affected.

The results showed 37.8 percent of visitors were 35 to 49, which included the older end of the millennial group. The bulk of the 21-34 age group were millennials and accounted for 34.8 percent. Taken together, the 21-49 age range amounted to 64.7 percent of the visiting population, according to LIGHT. Visitors 65 and up represented only 5.3 percent.

“There is some suspicion that the rapid expansion of online gambling during lockdown has brought new customers into the market, many of them likely younger individuals new to gambling (i.e., millennials). Atlantic City’s casino operators have committed to diversifying their gaming and resort products, and by so doing have brought in new entertainment, nightlife and food and beverage outlets aimed at the millennial consumer,” Bokunewicz says.

According to a report, 70 percent of millennials in the U.S. visit casinos with less than $100 to last them the entire night. Most of this money is spent on food, drinks, entertainment, and even travel and accommodations can be a big expense for just one night out at the casino. Maybe they’ll opt for a $10 buy-in on a table game or chance a few coins on the slots, but they’re unlikely to get any more adventurous with their bets than that, the article says.

When you take into account the thousands of real-money casino apps available in 2020, the choice between leaving the house or heading to the local casino probably speaks for itself. Many of the games found in land-based casinos are games based entirely on chance. Slot machines, roulette and blackjack might sound like easy and appealing games to play for someone in, say, their 40s, but a big proportion of those under that age are more used to playing games based on strategy and skill.

The millennial generation is the first to have grown up with video games, so their way of life has become one of the reasons for developing online gambling. To attract and retain the attention of young players and avoid their games becoming a boring alternative to others on the market, operators created products that borrow features from video games.

Millennials lived in unstable economic conditions and are therefore notable for their rationalism. As a result, they prefer more affordable entertainment, including activities which do not involve leaving the house.