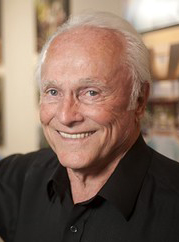 One of the figures who defined the modern integrated resort, Don Brinkerhoff, passed away peacefully at home in California on July 16 at the age of 91. Brinkerhoff founded his own firm with his wife Barbara. His firm got its first recognition in gaming when he was hired by Steve Wynn to create “an oasis in the desert” at the Mirage which opened in 1993. He also created the 140-foot volcano that remains the signature of the resort to this day. He later went on the design the Conservatory at Bellagio and the mountains at Wynn Las Vegas.

Brinkerhoff was elected to the American Gaming Association’s Gaming Hall of Fame in 2016 and achieved the highest honor for landscape architects becoming a Fellow of the American Society of Landscape Architects as voted by his peers.

In addition to working for major casino companies like MGM Resorts, Caesars Entertainment, Las Vegas Sands, Golden Nugget, Genting, and many more, Lifescapes was employed by the Clark County to design and install the palm trees and landscapes in the middle of the median on the 4.5 mile stretch of Las Vegas Boulevard that today defines the Strip.

Lifescapes also was a sought-after designer in the non-gaming world and worked on such notable projects as California’s the Grove, Majestic Mansions in China, Diamond Cliff Resort in Thailand, and Fontainebleau Miami Beach among many others.

Brinkerhoff took pleasure in delighting the guests of the properties he helped design.

“Never underestimate the role of discovery and surprise in the design process. Exceed expectations, yes, but more importantly, provide an experience or a detail that is unexpected, and you will delight your guests more than you can ever imagine,” he said.

Listen to the GGB Podcast with Brinkerhoff recorded in 2013 at Mandalay Bay Casino Resort in Las Vegas.