There seem to be no roadblocks on slot routes across the U.S.; in fact, they may grow stronger due to the current economic crisis 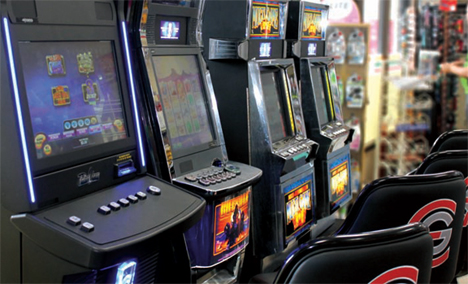 In 2007-08, reeling from the Great Recession, most Americans thought they’d never see anything to top it. Little did we know.

Post-recession, with the economy still in the tank, cash-hungry states scrambled for new ways to raise money. Among the most successful was Illinois’ 2009 legalization of video gambling terminals (VGTs), also known as video lottery terminals (VLTs), also known as slot machines that are installed in convenience stores, truck stops, “pouring establishments” (bars and restaurants), veteran and fraternal organizations (VFW halls and American Legion outposts), and even laundromats.

Clearly, the first was to fill a budget deficit and support an infrastructure and spending bill designed to boost employment. The second was “to address a pretty prevalent ‘gray gaming machine’ market”—the proliferation of unregulated, illegal games operating outside the state’s control, unregulated and untaxed.

“There had been a big expansion of unregulated games in bars, or ‘games of skill,’ in the term self-coined by manufacturers and distributors,” Kilsby says. “When Illinois went live (with legal machines) in 2012, it

Since then, distributed gaming has proven a good bet. In 2018, gross gaming revenues from the state’s 35,000-plus VGTs brought in $1.41 billion, surpassing casinos, which generated $3.9 billion, slots and tables combined.

And in July, when the state’s 10 casinos and 7,100 VGT establishments reopened, that edge was confirmed. Casinos generated $82.6 million for the month, down 29 percent year on year. VGTs, on the other hand, pulled in $166.1 million, up 24 percent over 2019—even though Illinois casinos had added more than 3,000 new slots since then.

It’s been a jackpot for manufacturers like Novomatic, whose Novostar V.I.P. 3.65 slant-top slot machine has been well received in Illinois’ VGT market. “The growth has been unbelievable,” says Kathleen McLaughlin, vice president of marketing for Novomatic Americas. “Even through Covid-19, we’ve still been getting orders, people asking, ‘When can I get in line?’”

Jamie Dorbian, director of sales, Northeast, for Scientific Games, agrees. “We’ve all struggled at times, but what we’ve seen is that (route operators) have been resilient partners. The numbers around the country are very positive, and there is definitely a loyalty factor, as well as pent-up demand. Illinois’ July numbers were unbelievable.”

Illinois is in the upper range as far as taxation; in 2019, its VGT tax went from 30 percent to 33 percent, and in 2020, inched up to 34 percent. To cushion the blow, lawmakers let operators add machines—up to six at most licensed venues, and 10 at truck stops—and also increased maximum wagers and payouts. The industry has seemed fail-safe, generating gross revenues of $1.677 billion last year.

Not surprisingly, those numbers got the attention of lawmakers in other jurisdictions. Distributed gaming is now legal in nine states, operating under a crazy quilt of regulations and varying tax rates, from a low of 9 percent in Nevada to a greedy 52 percent in Pennsylvania.

That high tax rate aside, operators including Golden Entertainment and Penn National have willingly bought into the Keystone State. But some have suggested that growth there is being unwisely constrained.

In a 2019 interview with Global Gaming Business magazine, he said Pennsylvania legislators “took the ultimate opportunity from 3,000 or so locations around the state down to around 200 truck stops” with several hundred machines. “We’re waiting for the full opportunity.”

He may not have to wait long. With gaming taxes on the slide due to Covid-19, some in Harrisburg are already talking about expanding VGTs into bars, restaurants and other businesses that hold liquor licenses. But Eric Schippers, Penn National’s senior vice president of public affairs and government relations, is four-square against it.

In a June interview, Schippers basically said enough is enough: Pennsylvania not only has full-scale casinos and slot routes, but in 2017

approved up to 10 Category 4 satellite casinos—and the latter haven’t been an easy sell.

Schippers advised lawmakers to “look somewhere other than continued gaming expansion for budget solutions… Pennsylvania is beyond the point of saturation.”

Kilsby acknowledges that the very success of distributed gaming is a “double-edged sword.”

“On one hand, it’s shone a spotlight on the opportunity, a potential way states can make more money from gaming. The other edge of the sword is that it’s put commercial casinos on high alert; they’re very wary now of legalizing and regulating VGTs, because that market has cannibalized their operations.” 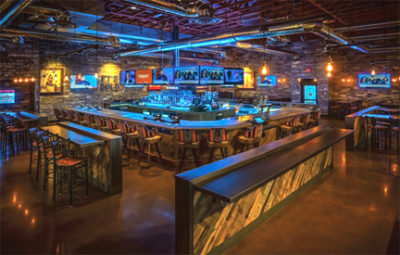 In Nevada, where distributed gaming began, the slot bars and other gaming venues are everywhere, and video poker is king because there are no maximum bets and no win limits (in Illinois, bets are capped at $4, and wins at $1,199). Golden Entertainment has some 700 gaming establishments and 9,000 gaming machines in Nevada alone, and is the largest operator nationwide; its rival, Dotty’s, has 120 locations in the Silver State.

A third operator, Eclipse Gaming, which runs taverns and bars under brands like Jackpot Joanie’s, Gin Mill and Winchell’s, is always on the lookout for new licenses, particularly unrestricted, grandfathered licenses that enable it to offer 35 or more machines at a single location.

Despite Covid-19, the family business hasn’t abandoned its growth strategy, with “half a dozen (new locations) on the books as a yearly target,” says Jim Daniel, vice president of operations. “It’s a strong pace, but we don’t plan to stop anytime soon. We’re looking for locations inside Nevada and out of state.”

So, what’s the appeal of a slot tavern for the customer? According to Daniel, “We can give them all the gaming benefits of a major casino, plus better odds and better multi-game options.” Players don’t have to travel far or park in massive lots, he adds—and sometimes, those conveniences become deciding factors.

Multi-game machines, with many game titles on a single device, “attract different players and let everyone select what they want. If they want a video reel game or keno, or if they want to play multiple levels of video poker, they can do that. The dedicated, one-game slot machine wouldn’t work for us, because it has a very definite shelf life of popularity.”

Often, these taverns are the equivalent of neighborhood bars, where people head every Friday for happy hour. Many are patronized by casino employees who can’t play where they work, and stop in as they head home from their shift.

Brendan Bussmann, gaming analyst and government affairs director for Global Market Advisors, says the hyper-local focus is part of what makes distributed gaming so strong. “Obviously, the corner bar, tavern or restaurant has always had a strong following from the immediate radius of neighborhoods. Those people will always come back.”

While operators big and small seek opportunity in new jurisdictions, the distributed gaming segment hasn’t needed new states to stay strong. In a 2019 interview, Tim Cogswell, vice president and general manager of Century Gaming Technologies in Nevada, told GGB, “We’ve been able to grow significantly as a route operator, specifically in Montana, where we’ve almost quadrupled ourselves within the past four or five years.”

A licensed slot manufacturer, Century benefits from manufacturing proprietary machines for its routes in both Nevada and Montana, including Power Vision, a multi-game machine featuring video slots and keno, plus traditional varieties of video poker.

Clearly, however, there are frontiers ahead. As Sartini observed, “Greenfield opportunities in new jurisdictions are clearly where we see most of the growth coming from in the next couple of years.”

Unlike many other pre-Covid expectations, that one still could have plenty of merit, says Kilsby.

“We’re sadly in another cycle where states are going to run very large budget deficits, and distributed gaming is going to be considered as a revenue-raising solution.”

Again, look for casinos to push back, he adds. “They have their own financial concerns resulting from the Covid shutdowns.”

IGT is the undisputed leader in video poker, keno and slots for route-based operations. Darnell Johnson, IGT’s director of video poker product management, says talking with regional operators helps the company understand “what’s working and, periodically, what’s not working in their environments. We want to make sure we have a strong sense of what their players are looking for.”

One thing they’re looking for is lots of variety. IGT’s Game King multi-game console lets players choose from a number of popular video poker, keno, blackjack and slot games all on one unit and move easily from one to another. Its Superstar Poker offers classic single- and multi-hand games including Ultimate X Poker, which Johnson says was “the top game from a revenue perspective” when gaming halls started reopening on the West Coast. “We definitely think these games are resilient, and those players are going to come back.”

As this article was being written, Nevada’s bars and taverns were still closed, and bartop games strictly prohibited as a safety measure. According to Eclipse’s Jim Daniel, some locations added freestanding machines as an interim solution. To his amazement, loyal patrons actually signed waiting lists so they could play.

“It’s incredible to see numbers of people stacked up to get to a game,” he says, “and we can do it at most of our locations.”

“We’re cautiously optimistic, for a couple of reasons. One is that post-Covid, restaurants are struggling and states are struggling. They’re going to need some kind of lifeline, and I think video gaming is the next solution.

“Two is that unregulated games of skills are popping up all over the country. They’re really bad for the business, they’re bad for the player, and states are starting to crack down. But if they pull those games, they’ll have to replace them with something regulated and route-based.”

(The wild card in the discussion, of course, is Virginia; in April, Governor Ralph Northam agreed that skill games could continue operating for another year provided they pay taxes to fund Covid relief. Those operations are expected to bring in some $150 million over 12 months.)

Hey Trucker, Can You Spare a Dime?

According to Gambling Compliance’s Kilsby, “I would suggest that Pennsylvania is the state to watch in terms of distributed gaming. Pennsylvania and Missouri are probably the two states most advanced in those discussions.”

If Pennsylvania opens the door, several hundred VGTs in truck stops could be joined by hundreds or thousands more in bars, restaurants and other venues, and could better compete with an estimated 20,000 illegal machines in the commonwealth.

Until then, operators in the state can take comfort in the knowledge that, according to Dorbian, truck stops are the highest-volume locations by revenue, “because truckers have to take mandatory breaks, and they always have cash.”

If there is a recession-proof, even pandemic-proof market segment, it may very well be distributed gaming.