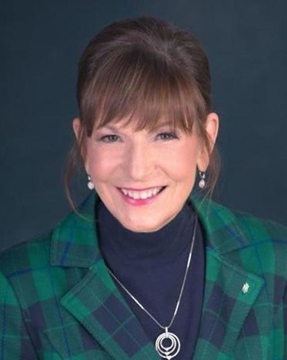 Cynthia Kiser Murphey had a long and distinguished career with MGM Resorts, leading its human resources efforts for 15 years and later as president and CEO of New York-New York in Las Vegas from 2008 until May 2020. She was recently hired as the general manager of the Palms Casino Hotel in Las Vegas, which is now owned by the San Manuel tribe of Southern California, the first Las Vegas casino resort owned and operated by a Native American gaming venture. The Palms will reopen in the spring. Murphey sat down with GGB Publisher Roger Gros on the day after the deal with previous owner Station Casinos closed.

GGB: What attracted you to the Palms?

Cynthia Kiser Murphey: I think the Palms is a very unique, and a bit of a boutique asset for our community and for our industry, and there are tremendous opportunities to leverage everything that the Palms has. A meticulous job was done to remodel and to carefully think about how to reenergize and refresh it. So it’s a real opportunity to take what’s here.

Station bought the Palms three years ago, and they were able to put half a billion dollars into renovating it. It’s a beautiful property; it’s still almost brand new. What do you have to do to open the doors?

There’s a bit of work to do operationally too. When we were with the Gaming Commission yesterday, I made reference to “If you leave your TV turned off for a couple years…” So the sportsbook needs technology as well as other areas of the resort.

We also need to do some work in the back of the house to refresh some of the employee areas, and make that more consistent with the values of the San Manuel organization. The tribe’s values are a really important message to the employees.

There have always been these great themed suites on the property. They had the Playboy suite, they had a basketball suite. They’ve got swimming pools in some of the suites. Are you going to continue still to offer those kinds of themes?

The suites are a really exciting thing, and when we bring on a new executive to send them on the tour they are very impressed. They’re outstanding, and they are in great condition, and just the experiences we can bring to guests will be really, really amazing. So, I look forward to that.

You must appeal to locals to be successful. Will you offer what they want—good video poker, reasonable table game rules, a buffet and a progressive players club?

Very much so. We’re looking at that, and I think what I’ve learned so far about the Palms is there was a lot of geography based on the different entryway doors, so that will be kind of an interesting play on how to merchandise the gaming floor, and really to look at different day parts and look at different customer segments. Embracing the Las Vegas community will be extremely important.

Obviously you didn’t get the Station database when you bought the place, but how are you planning to build a new database of customers?

We’re working on some plans right now to start building that, and that’s obviously going to be a core component of the Palms. And doing it deliberately. This market has changed a lot. The pandemic changed all of the market conditions, so what do we do to respond to that and really come out with something fresh and new for the customer? That will be a very big focus of our team.

Another thing that the Palms has always been famous for is its food and beverage. When Station opened, they had a couple of celebrity chefs like Michael Symon Mabel’s BBQ. What kind of plans do you have for the food and beverage outlets here?

Well, Michael Symon is definitely a big part of it. He actually came to see us; we just met with him recently in Mabel’s. A few members of our team went to Cleveland a few months ago to enjoy his amazing barbecue.

We’re also very excited about the steakhouse, Scotch 80 Prime. And really adding an element that I believe was initially intended—we know what Scotch 80 means if you live in Las Vegas; it’s in a historic neighborhood of Las Vegas, and we’ll celebrate that, tying that to the fame of that steakhouse. I’m super excited about doing that.

Tell us about how you plan to build an executive staff. You have this great background in human resources, so what are your plans to recruit some of the executives you want to bring in here?

We’re going to be a small and mighty team of people, working hard to bring together people with the right skill set with the right approach and philosophy. It’s very important for us to be completely aligned with the values of San Manuel, and the rich history and the culture, the real commitment to people, the real humble approach to how we do business, and finding the right people will be crucial. And that’ll be my job in the next 90 days—to get that group fired up and get everybody lined up with all the things we needed to do to get open.

This is the first hotel casino in Las Vegas that’s owned by a Native American tribe. Actually, their hospitality arm, we have to make that designation. But that must be exciting, to be able to take the lead in something that’s really groundbreaking like this.

The moment of history is not lost on me. It’s very symbolic and very important for San Manuel and for GHA—the Gaming and Hospitality Authority—it’s very important that we do this right. And we have a legacy to create for them, and we own that. And we’re going to do everything we can to honor them and to represent them and to be the kind of property that they can be proud of.