With the merger of Atronic and Spielo complete, Spielo International emerges as a new powerhouse 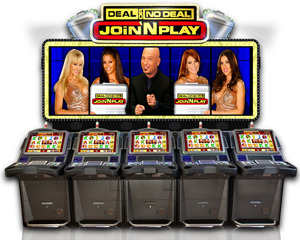 For years—decades even—they had been separate identities, each with its own gaming industry triumphs.

In the world of video lotteries in Canada and several U.S. states, the name Spielo meant reliable, high-earning VLTs. In commercial casino markets in the Americas and Europe, the name Atronic meant innovative video slots from a company first recognized in Austria in the early 1990s as a pioneer of 3D video in slot machines.

The worlds of Spielo and Atronic changed in 2008 when Rhode Island-based GTECH Corporation, a state and provincial lottery giant that had recently purchased Spielo, bought Atronic from Germany’s Gauselmann Group. The ensuing three years have been spent merging the technologies and corporate cultures of the two groups. Along the way, GTECH got new muscle to apply to this effort when it was acquired by Lottomatica, the leading Italian lottery supplier.

This year, the merger of technologies is complete, and a new company emerges with a single identity: Meet Spielo International.

“We’re finalizing the steps leading to the integration of our company that we’ve been discussing for three years,” comments Ken Bossingham, chief operating officer for the Americas. “We made the decision globally that the gaming solutions group was going to be under one name, and that name will be Spielo International. As important as this is for our external customers, it gives our employees the chance to really resonate with one company. This is the chance for us to build new brand equity with one common name and message.”

Mike Brennan, product marketing manager for North America, adds that the integration has boost game development efforts. “Before, we shared technology and game libraries,” he says. “By integrating, we’ve improved products and processes. We are now combined under a single, unified goal of bringing compelling games and top-performing products to our customers.”

Brennan says there have been no changes to personnel as a result of the integration. “We’re not reducing our head-count; we’re actually adding personnel,” he says. Staff has been increased in Las Vegas, where North American game development efforts are combined with game development centers in Austria and New Brunswick, Canada.

With G2E six weeks earlier this year, Brennan says the company made a decision to show only the games that will actually be approved and in the marketplace soon. “We’re not showing ‘vaporware,’ games that look nice but do not fully utilize the board that are a year an a half from market,” he says. “We learned last year from ‘Deal Or No Deal Join’N Play.’ It was our most successful G2E product in six years, but it’s just rolling out now. This year, we’re looking at bringing our products to the customer more quickly.”

The fact the game is still new to casinos means Spielo will host another big G2E display this year of “Join’N Play,” the first game in the “Deal Or No Deal” series to feature Howie Mandell, the host of the wildly popular game show in the U.S. Every version of “Deal” appeals to the gambling nature of anyone who has ever spent time in a casino. That is because the central appeal of the popular game show on which the slot series is based, Deal Or No Deal, is that same risk-taking  gamble.

First popularized in a European version before becoming a hit show in the U.S. with Mandel as the host, Deal is a gambler’s show. And, every Deal Or No Deal slot machine has a version of the “Briefcase Bonus,” which captures the main proposition from the show. A collection of briefcases appears on the main video screen, and players are shown all the bonus amounts that are hidden within the cases. The player must then select one briefcase. A number of remaining briefcases are automatically selected, and their hidden bonuses are revealed.

Based on the likely amounts in the remaining suitcases, the computer makes the player a “Bank Offer.” The player selects “Deal” to accept it or “No Deal” to reject it and open more briefcases. The process repeats until only two hidden credit values remain, and the bank makes a final offer. If the offer is rejected, the case is open and the player is awarded the hidden bonus.

Brennan says a lengthy approval process in GLI delayed the debut of the game until this year, but since its introduction in casinos earlier this year, it is shaping up to be the most popular game in the former Atronic group’s history.

Accompanying the Deal Or No Deal display will be new games in each Spielo game group, including tried-and-true game styles as well as several new categories.

One of the most successful game categories of the past several years for Atronic has been the Passion Slots series of classic, high-denomination slots—traditional single-line, three-reel formats with bonuses on a large, vertical portrait-style LCD video screen.

This year, Spielo refreshes the category with the Passion Slots version of “King Kong,” a license it used effectively on the e-motion series of video slots. The Passion version of King Kong has a fourth video reel next to the three-reel setup, activated with a maximum bet to trigger the “King Kong Bonus” on the top screen.

The top box displays a pyramid, with the Ann Darrow character from the films perched at the top in chains, and the Kong beast looking on. (The video images and the theme are based on Peter Jackson’s 2005 film.) Players make selections to “climb” the pyramid through various pick-a-prize bonuses with the goal of reaching the top to rescue the damsel for the top bonus.

The math program for King Kong is a clone of “Return of the Sphinx,” the most successful Atronic slot of the past five years, with a non-linear math model and pay table that benefits max-bet players.

Wild Wild Wranglers is a “243 Ways to Win” scatter-pay slot featuring the “Extreme Stacks” stacked-reels feature. This feature has stacks of like symbols breeze across the screen during the reel-spinning, landing with one of the symbols stacked on all five reels—a lucrative proposition in a scatter-pay format. “It’s a very player-friendly way to get huge wins,” says Brennan.

Goldify features player customization. Players pick their volatility through a unique method: They touch the screen to choose one symbol that will pay 5X in winning combinations—a high-paying symbol for high volatility; a low-paying symbol for low volatility. The pay table changes to reflect the choice.

Wizard’s Gold features “Wild Stays Nudges and Pays,” a feature that keeps wild symbols on the screen and moves them down one position for subsequent spins until they’re off the screen. Brennan says the feature has been a big hit in Western Europe.

The Asian-themed “Dragon’s Temple” is another game that allows the player to select volatility, in this case by selecting from three free-game features—fewer free games at a higher multiplier; more at a lower multiplier. The game also features expanding wild symbols on all five reels.

“Cash Eruption” is a stand-alone multi-progressive slot in a multi-game format that includes four base games. Brennan says the payback percentages of the base games have not been altered to account for the progressives. “If players have an expectation of a certain payback on a base game and you mess with the percentage to add a progressive, there is too often a bad reaction,” he says.

Cash Eruption includes a pick-a-prize bonus that adds multipliers to the progressives up to 5X, and the progressives themselves display a level at which the prize is “guaranteed to hit by,” a feature that typically results in frantic play and high wagers as the jackpot approaches the hit level.

Spielo’s G2E booth will include a variety of products beyond the base games, from the “TournaMaster” tournament system to a special product group for Europe and Latin America.

TournaMaster is a controller that transforms a bank of slots from revenue to tournament mode in an instant. In tournament mode, an overhead display keeps a running tally of player name, ranking and total points—a display that can be used for proprietary marketing messages when the games are in revenue mode.

Among the highlights for Europe and Latin America are “Mermaid’s Spell,” a rapid-hit eight-level progressive multi-game product featuring three separate base games; the “diversity” multi-game solution, with five base games presented on the company’s new “Oxygen” cabinet; and the “Hot and Wild” progressive link, based on the wildly popular Atronic progressive “Cash Fever.”

The Spielo booth also will feature several systems products, including a new iPhone app for slot attendants called “myGuest,” which allows hosts to identify club players and consult player profiles on the floor; “FloorMaster,” an advanced slot floor monitoring application for touch-screen computers with a full-color, interactive map of the slot floor; and “ViVo,” for “Virtual ticket In-Virtual ticket Out,” which allows players to cash payout tickets using smart phones.

While the Atronic brand is still on many of the products, Bossingham says the name eventually will be phased out in favor of one corporate identity. “We’re excited, because we’ve talked about integration of our organization for a long time,” he says. “This is the final chapter.”