Can racetracks keep solvent in an evolving gaming industry? 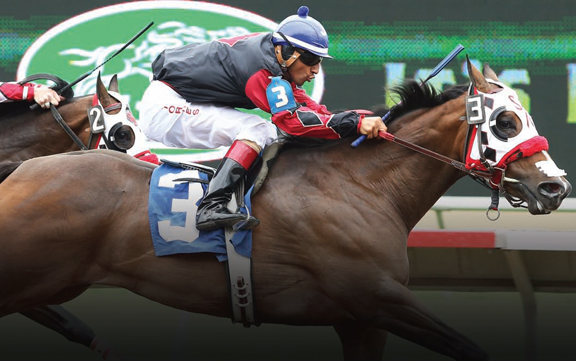 It started in the 1990s, with a racetrack in Polk County, Iowa.

Open just a few years, Prairie Meadows was on the brink of bankruptcy when track owners appealed to the state for the right to add slots. As a sweetener, they promised to run the track as a nonprofit to fund community and charitable ventures.

The business model—parimutuels underwritten by gaming, aka racinos—brought back the Iowa track, and created a template for others to follow.

Like Canterbury Downs in Shakopee, Minnesota. The track had operated just a few years before closing in 1992. A group of horsemen bought and reopened it with simulcast racing, then a live meet, then a card casino (slots in the state are the exclusive province of tribes).

Again, the hybrid worked; 27 years later, the track renamed Canterbury Park continues to fund racing purses with gaming revenues, attracting a reported 600,000 people a year. (It also gets millions in casino revenues from the Mystic Lake Casino, run by Shakopee Mdewakanton Sioux, in a deal that maintains the tribe’s monopoly on casino-style gaming.)

“We got a consolation prize when the legislature approved our card room,” says Canterbury President and CEO Randy Sampson. “We’ve been very successful—not as successful as if we had slots, but successful in keeping our purses, keeping us afloat and keeping Canterbury’s business operation viable.”

The golden age of racing is past, concedes Sampson, who’s been credited with saving Minnesota racing along with his father Curt and a partner, Dale Shenian. “Very few tracks survive in this day and age without subsidy from other forms of gaming.

“We weren’t really looking to own the track,” he says, “but we wanted to give racing another chance.”

Colonial Downs in Virginia saw its own fortunes turn with the addition of gaming. The track held live racing from 1997 to 2014, then closed for almost six years. Racing returned in 2019 under the track’s new owners, Peninsula Pacific Entertainment (P2E), which runs a Rosie’s Gaming Emporium on-site and four off-track betting parlors. P2E is also partnering with Urban One in a bid for a casino in Richmond, but according to Chief Operating Officer Aaron Gomes, “Originally, we came to Virginia to bring back horse racing.”

P2E looked for inspiration to the Bluegrass State. “A lot of people think of Kentucky as the mecca of horse racing in the country,” says Gomes, “but they don’t realize that it may not exist without historical horse racing (HHR).”

The slot-like machines, authorized by the state in 2014, let players wager on previously run horse races pulled by a random number generator. Bettors wager more than $2 billion on HHR in an average year.

When opponents repeatedly tried to shut down the games, Rep. Adam Koenig reminded lawmakers that HHR has helped keep Kentucky horse racing alive. “Do we have enough signature industries that we can afford to lose this one?” he asked. “Do we have so many jobs that we can kill off thousands of them?”

Gomes says racinos have positive ripple effects well beyond the track. “It’s not just horse racing you’re subsidizing, it’s all the agribusiness associated with it: the breeders, the training farms, the hay farmers… The Virginia Equine Alliance just released the economic impact (of racing) for the commonwealth, and it’s well over $1 billion in economic activity.”

But Kentucky’s conservative Family Foundation continues to lobby for the shutdown of HHR. Spokesman Martin Cothran has said, “Slot machines will not save the horse industry, they will replace it.”

The accusation is not wholly unfounded.

In December, greyhound racing came to an end in Florida, but the racinos that conducted it continue on with slots and simulcasting. This spring, a “decoupling” bill was introduced to allow those facilities to offer card games and slots without races or jai alai.

Mike Rogers, president of Stronach Group, which owns Gulfstream Park, testified against the bill. “Creating an uneven playing field among slot permit-holders would be devastating to the Florida thoroughbred industry, which is one of the largest agricultural sectors in the state of Florida,” he said. “Any reduction in casino purses would significantly impact local jobs and the underlying stability of the horse racing industry.”

Senator Ray Rodrigues countered that some parimutuels are “just going through the motions” so they can also offer poker and slots.

For all the arguments, pro and con, it seems to be the consensus that the parimutuel industry can’t stand on its own without gaming as a prop.

“To be honest,” Gomes says, “we lose a lot of money on the horse racing side in Virginia… well into the seven figures. We have to make a profit, and how we do that it is in the games.”

Sampson agrees. “Gulfstream gets revenues from slots. Kentucky tracks have seen a huge improvement with addition of machines. When you look at successful racing companies, Penn National and Churchill Downs are no longer racing companies. They made a pivot over the last 10 years to move into the gaming side.”

He adds that for him, horse racing is still an essential piece of the racino model, though some tracks maintain it only because they’re required to by law. “They view racing as necessary evil.”

John Marshall, head of operations at Colonial Downs, also comes down on the side of the horses. “It’s no secret that horse racing isn’t leading the P&Ls anywhere. In Virginia, HHR is the engine that’s revitalizing horse racing, and to make it successful and authentic, we cannot lose sight of what was intended, with the licensee, the regulators, the horsemen’s association all working together on a common outcome.”

When Colonial Downs brought back racing in 2019, “we opened offering a daily average of $500,000 in purses,” says Marshall. “We’re only able to do that because of the benefits of HHR.”

The racino business model “was intended to return Virginia breeding and racing to prominence,” he says. “Secretariat was Virginia-bred. You’ve heard of Secretariat, haven’t you?”

Not Business As Usual

A 2020 report by Sharon Ward, founding director of the Pennsylvania Budget and Policy Center, was critical of the state’s Race Horse Development and Gaming Fund, which she says funnels taxpayer funds to an industry whose time has come and gone.

Ward alleged that in 2018, average daily attendance for a minor-league ball club, the Williamsport Crosscutters, “was greater than attendance at any of the state’s six horse tracks.”

There’s an argument to be made that horse racing, bolstered by gaming and other entertainment, may not be a lost cause, just as casinos are not irrelevant in the internet gaming age. A 2015 feature in the Minnesota Post lauded Canterbury Park’s “savvy marketing strategy” and broad-based entertainment lineup, all of which helped it lure young patrons and families as well as traditional gamblers.

“They’re the next generation of horse players,” said Texas-based trainer Donna Keen in comments to the Post. “If we don’t get those people in the business and loving the sport, we’re not going to have a sport in 15 years, because the old-timers are going to be gone. Who’s going to come to the races then if we don’t show young people how great our sport is?”

Frank Neborsky, general manager of Albuquerque Downs in New Mexico, argues that there’s an audience for live horse racing that ought to be served—and cultivated. “It’s a very loyal clientele. You can almost compare it to poker—they like poker, not roulette or craps; they like the people and the environment and the feeling of that space.

Gambling on racing at a track “is very participatory,” more so than any casino game, Neborsky says. “You go to a craps or roulette table or a slot machine, you pick a number, push a button or pull a handle, and the decision is made for you. With racing, you have 10 to 12 races on a particular day at the track. You have anywhere from six to eight to maybe 15 horses in a race. It’s almost like sports betting; there’s some real history behind the horses, the jockeys and trainers. Are they hot or are they cold? How good is the horse running in these conditions? There are all kinds of handicapping parameters to choose from. Or you can just say, ‘Five is my lucky number. I’m going to bet on No. 5.’”

In Neborsky’s view, “I think horse racing is going to maintain itself.”

Sampson sees the expansion of sports betting and particularly mobile betting as the next big adaptation. “Now the majority of the handle wagered isn’t bet at the racetracks, it’s bet remotely. So that’s changed the industry, but not completely for the better. The next question as sports betting becomes legal in more states and becomes more successful, popular and prevalent is, will that mean people betting less on horse racing?”

He suggests that horse racing and racinos will evolve as necessary to stay competitive.

“There’s no question over the last 30 years that racing has had to constantly look to evolve. The old way of just doing a race meet doesn’t work anymore.”

Meanwhile, Canterbury Park pushes on, with 27 stakes races during the track’s 65-day race meet, and purses totaling more than $2 million.