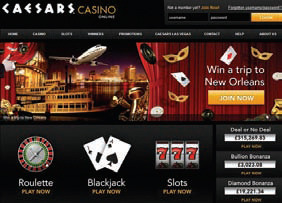 Founded less than two years ago by Uri Shahak, the son of former IDF Chief of Staff Amnon Lipkin-Shahak, and gaming expert Robert Antokol, Playtika is one of the web’s fastest-growing companies. Based in Israel, Playtika offers two social media games, Slotomania, which is a slot game, and Farkle, which is a game of dice. Playtika currently has 10 million unique users every month, half of whom are Facebook users. In contrast with Zynga, the company also markets its games on the Russian Facebook equivalent, V kontakte.

Playtika’s casino slant may have been appealing to Caesars as the company eyes the future of internet gaming. Caesars acquired 51 percent of Playtika at a company value of $80 million-$90 million last May, and has acted on its option to buy all shares within two years.

“It is no coincidence that we chose to acquire the balance of Playtika shares now,” Caesars Interactive CEO Mitch Gerber told Globes. “Playtika’s activity is advancing according to our plans, and company growth has been consistently strong. We have learned that controlling a portion of a company’s shares it not the same thing as having complete control. The integration of Playtika and Caesars Interactive was important for Playtika’s long-term growth… We reached the conclusion that we prefer acquiring full control of the company before it is too late, which will enable us to fully integrate it within Caesars Interactive. We have many plans for the future.”

Playtika will now fall under Caesars’ Interactive Entertainment unit, and will increase the number of employees from its current 50.

“2012 is going to be a very big year for Playtika, which will be reflected by, among other things, the hiring of additional employees in Israel,” Gerber said.