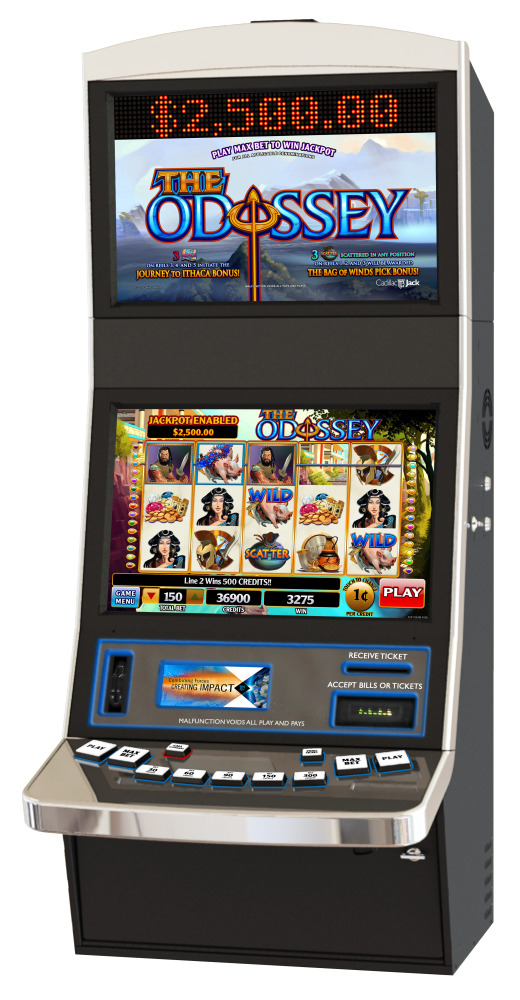 When Gene Chayevsky took over as chairman and CEO of Cadillac Jack in 2008, his first order of business was to grow a product that was already successful—the company has always been a Class II leader—into one of the elite slot lines in the industry.

Chayevsky took over a company already making inroads into Class III markets, and expanded that further. Since that time, Cadillac Jack has expanded beyond its core Class II markets of Alabama, Washington, Texas, New York and Mexico, and now has Class III placements in additional jurisdictions including California, Wisconsin, Michigan and Idaho. “We have successfully achieved the goals we set for entering new markets, strengthening our customer relationships through increased collaboration and support, and launching high-earning new products,” Chayevsky says.

Meanwhile, as that expansion continued, engineers were working on the next generation of Cadillac Jack slot products.

As product lines expanded in both the Class II and Class III markets, the company’s game development staff was given powerful new tools to achieve this goal. “There are a variety of new locations where we have new product placement, but more important for us was to work on our new dual-screen platform to leverage the positioning of our Class III product,” says Sigmund Lee, vice president of engineering for Cadillac Jack.

The cabinet for the new platform, named Genesis, was introduced at last year’s Global Gaming Expo. With dual 22-inch LCD monitors, game-controlled audio and lighting, an ergonomic design that eliminates reaching for the player (the button panel is on a flat surface, making slot play feel as though the player is sitting at a table), and easy serviceability, the Genesis cabinet has gathered many accolades from operators.

“We made a significant investment in the development of the cabinet,” says Lee, “focusing on ergonomics, and on the customer’s perspective as far as maintainability and serviceability of the product.”

The next task was to maximize the capabilities of the new platform and cabinet. “Our primary focus this year has been to expand our game library with games rich in content and innovative systems-based bonusing,” says Lee.

“G2E will provide the launch pad for the games that are maximizing the potential of the new format with wide-screen LCD, and the extremely high-resolution visuals,” says Jared Torres, senior director of game development for Cadillac Jack.  “It’s one of the highest-resolution platforms ever seen,” Torres says. “Customers will be impressed by the level of graphics we can display on the LCD screens.” He adds that field trials have led to feedback which the company’s engineers used to refine the platform.

“There are a variety of mechanics and details that we’ll be adding to our game library that we were unable to do previously,” says Lee. “We’re really leveraging the new platform’s horsepower to provide new features and enhancements to the entertainment side of the game which allow us to pay in a more rewarding way.”

“Players are pretty savvy and have an understanding of what they enjoy playing,” adds Torres. “Our recent market research confirms that players understand the trade-off between frequent wins for a low amount of money and higher-but-less-frequent wins, so we’re focusing on offering that balance from a math standpoint. We want to deliver players enough entertainment value to remain at the game long enough to achieve that jackpot, or at least provide the ability to achieve it.”

Best of Show
All of the horsepower of the new format was poured into what may be the “best of show” game for Cadillac Jack—“The Odyssey.”

It may seem odd to some that a slot-maker would choose classic Greek literature as a game theme, but Homer’s epic poem detailing the journey of Odysseus back home after the Trojan War has so many characters, exotic settings, battles with monsters and unique adventures that it is perfect for a feature-rich collection of bonus events.

The Odyssey is designed to take players on the journey with Odysseus, with the protagonist’s famous adventures forming the basis for six bonus games presented in vivid graphics and high resolution. There are on-screen picks, second-screen picking bonuses and free-spin events with multiplying wild symbols, each carrying something from the story: Players get to pick between the “Cyclops Free Spin,” the “Hydra Bonus” or the “Whirlpool Bonus.” The Hydra Bonus allows the player to pick a weapon to fight the mythical three-headed monster.

“We utilize the dual-screen presentation for the battles,” explains Lee. “The lower screen allows the player to choose the weapon, but the fight with the Hydra is realistically displayed in the top screen. When you select your weapon, the integration between top and bottom screens visually shows the weapon being thrown across the two screens. The increased real estate is important, because it allows us to accomplish a lot more with the entertainment-based bonus events.”

There is also the “Bag of Winds Bonus,” the “Sirens Bonus” (pick from tiles until you find three sirens) and other events that take the player farther into the story line. “Odyssey is one game that we are  incredibly proud of this year,” says Torres.

“The multi-level bonuses allow you to go deep into the story, and some allow you to trigger a different bonus within the bonus. We’re using our new Genesis cabinet to do things we couldn’t do before.”

Other Cadillac Jack highlights for G2E include a new series of 100-line video slots (initial games are “Let Them Eat Cake” and “100 Wicked Wombats”) which include features like “double high” stacked symbols, “Vertical Wilds” and frequent free-spin bonuses.

The company also will showcase new progressive products at G2E. “Struck by Luck” is a new wide-area progressive game for the company’s existing “Cadillac Cash” link. It is the first 50-line game to be linked to the wide-area network.

“Mega Strike” is the company’s combination of wide-area and local-area multi-level progressives. The game features five progressive levels. The four local-area jackpots and the top wide-area prize are won through scatter combinations, and there are two bonus events including a three-level bonus involving interactive picks to determine the number of free spins and a multiplier for jackpots.

Cadillac Jack is also launching its first ante bet game, called “Magic Hat.” The player must make an “Xtra Bonus” bet to activate the bonus in which reels lock and re-spin for an extra chance to get into the free-spin event.

Lee says the company will reintroduce many of Cadillac Jack’s legacy games in the new Genesis cabinet’s high-resolution format, which, in the form of Odyssey and the other new games, he considers the real star of the this year’s show.

“Our primary focus is to create games that reward our players with a compelling experience,” Lee says. “We’re doing this by creating math models which, fundamentally, keep players at our games, and keep them coming back for more entertainment and rewards.”