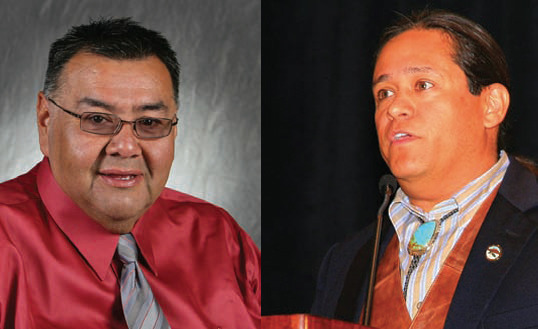 Some California American Indian tribes contend enrollment audits and expulsions are a result of strengthening tribal governments through gambling resources and not an effort to increase per-capita casino payments to remaining members.

“It has nothing to do with money,” says Chairman Robert Smith of the Pala Band of Mission Indians. “Disenrollees can say what they want, but that is not true. Right is right, wrong is wrong, and they don’t meet the requirements to be enrolled.”

“This is all about greed,” King Freeman, a onetime Pala tribal chairman who runs a general store near the tribe’s San Diego-area casino, told the Los Angeles Times.

The Pechanga Band of Lusieño Indians says it has been “fighting false claims of citizenship” since the 1970s, long before the tribe opened a gambling hall in 1995. Resources from gambling have helped strengthen the tribal government, a function of which includes auditing enrollment.

But two families of about 225 members ousted from the Pechanga Band in 2004 and 2006 claim their disenrollments were the result of greed and politics.

California has more federal recognized Indian tribes (110) than any other state in the country. Sixty of the tribes operate casinos generating about $7 billion a year, roughly a fourth of the revenue grossed by Indian tribes through the country.

About two dozen California tribes issuing per-capita checks from casino revenues have expelled families from membership rolls, according to University of Minnesota professor David Wilkins, increasing often lucrative payments for those that remained on the rolls.

About 75 Pomo Indians were expelled from Dry Creek Rancheria in 2014 when a slumping economy caused a drop in per-capita payments.

Indigenous Californians suffered a particularly torturous history of enslavement, servitude and genocide linked to the Spanish missions in the 1700s and the Gold Rush of the 1840s, when militias hunted down and slaughtered Native Americans.

The chronology of American Indians in California “was as close to genocide as any tribal people had faced, or would face, on the North American continent,” Alvin M. Josephy says in his book, 500 Nations.

From a pre-European population of some 300,000, California natives in 1900 numbered about 16,000, many herded off ancestral lands—occasionally at gunpoint—and moved onto about 50 small reservations or “rancherias.”

Many of the rancherias were then “terminated” by the federal government in the 1950s. Some were later restored.

The birth of tribal high-stakes bingo in the late 1970s and early ’80s, followed by tribal-state compacted gambling with passage of Proposition 1A in 2000, enabled surviving Indian bands to begin rebuilding their fledgling governments.

The effort apparently included reviewing membership audits. Several tribes were swamped with applications for membership, many from assimilated descendants of indigenous Californians.

“Somewhere, as tribes have tried to reconstruct their sense of nationhood, particularly in tribes with casino money, they hit upon disenrollment as a way to settle disputes over personality issues and money,” Wilkins told the Los Angeles Times.

Michael Madariaga, whose extended family was disenrolled by Pechanga in 2006, stripping them of health care, insurance and a sizeable monthly income, said the loss of community and native identity was most painful.

“What matters is taking away our heritage,” he told USA Today. “It’s like taking your family and wiping them out of history.”

Pechanga disenrollees—descendants of the late Paulina Hunter and Pablo Apis—contend the tribal government acted arbitrarily for political and financial reasons and violated their civil rights, a claim rejected by the federal courts.

Hunter descendants said the tribe ignored an anthropology report solicited by an enrollment committee operating independent of the tribal council. The report discounted Hunter’s connection to San Luis Rey Mission, stating “virtually everyone in the tribe today descends” from the mission.

The expulsion of the Hunter clan in 2006 reportedly upped the monthly per-capita payments to Pechanga citizens from $22,000 to more than $30,000.

“Pechanga has been fighting false claims to citizenship since the 1970s,” Chairman Mark Macarro said in a prepared statement. “In 1988—seven years before Pechanga entered into gaming—the tribe approved a comprehensive tribal law on citizenship to investigate and adjudicate questions on whether persons had been wrongfully enrolled.

“To settle longstanding questions about whether some individuals were of Pechanga ancestry, the enrollment committee undertook comprehensive investigations that lasted several years in order to determine whether or not these individuals were Pechanga descendants.

“The tribal government has the capability to extensively verify and enforce constitutional requirements for citizenship. For many tribal families, the investigations proved their Pechanga lineage. Two families failed to prove Pechanga ancestry and were consequently removed from the tribe’s rolls. Historical documents show their ancestors were from the San Luis Rey Mission Indians.

“Though deeply painful, the tribe has an obligation to uphold our laws and to protect the integrity of our citizenship.”