With funding and payment processing advantages, can this technology overcome regulatory challenges? 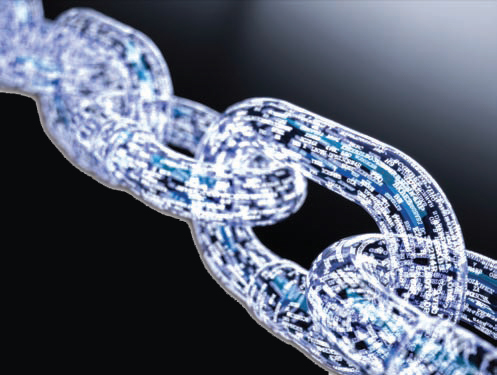 The intersection was inevitable.

Charging down one road comes gambling, a business where money is constantly changing hands and an industry that is reliant on assurances of fairness and always hungry for innovation. Down the other comes the blockchain, a technology that facilitates the movement of money in a transparent, secure environment that could ultimately reinvent the way offerings in the digital gaming space are designed and brought to market.

If you are intimately familiar with the gambling industry, you have undoubtedly heard the word “revolutionary” attached liberally to new (and sometimes not-so-new) ideas. It is a label that is dismissed almost reflexively. But blockchain technology presents a rare instance, like in-gaming betting or the hold-card camera, where the term aptly applies.

Amazingly, a couple of years into the “revolution,” the prominent question in the gambling industry remains: “What is it?” Many consumers and entrepreneurs alike, despite being entrenched in the movement, have given up on understanding exactly what it is.

The basic explanation is that a blockchain is a digital database that serves as a ledger distributed across a peer-to-peer network of computers. It yields a continuously growing set of records (aka “blocks”), each containing details of a time-stamped transaction and linked to data from the previous block. Each new transaction is authenticated across the network by “miners” using specialized equipment.

Looking at it more abstractly, we are accustomed to data in the digital space going through centralized channels. Even peer-to-peer betting involves transactions that flow through host computers. Gaming software is housed on servers, and money is channeled in and out of banks by payment processors. With blockchains, however, data flows from peer to peer without going through centralized channels.

At the onset, blockchain technology was utilized as cryptocurrency, with Bitcoin being the first prominent solution available to the public. This in itself had great utility in the internet gaming industry, which has forever been plagued by payment processing difficulties. As with all innovations in the space, the early adopters were offshore betting sites based in jurisdictions with minimal regulatory oversight, with larger highly regulated services like William Hill and Paddy Power eventually getting in the game upon regulatory approval.

But for digital businesses—including gambling operators—blockchain technology offers much more than just a means of paying for products and services. Since the infancy of iGaming in the mid ’90s, when companies commonly raised money by acquiring the shells of corporations listed on smaller exchanges, the industry has sought creative means of tapping startup capital. Introducing blockchain-based tokens to the open market, aka the initial coin offering (ICO), encapsulates that spirit.

Gambling ICOs are now commonplace, taking place on a seemingly weekly basis. Business Insider reported in January that the gambling industry now raises more money via ICO than any other industry. ESports startup Unikrn raised over $30 million in October 2017 through an initial coin offering with a presale backed by Mark Cuban. According to Crowdfunding Insider, a token sale through which Dragon Corp. is selling cryptocurrency to be used as gambling chips at a yet-to-be-built floating casino in Macau could end up being the largest ICO ever.

It is worth noting, however, that gaming ICOs run the risk of a head-on collision with securities law. In the United States, for example, companies running ICOs have to be extremely careful to either register their tokens as securities or structure them to be exempt from the registration requirement.

Beyond blockchain technology’s utility as a funding mechanism, online gaming sites are now offering their services entirely through blockchain platforms. The DAO.casino protocol, for example, seeks to replace “traditional” centralized online casinos with gambling systems based on collaborative participation of multiple parties.

Payouts would be in DAO.casino’s native Ethereum-based cryptocurrency, which hit the open market in June 2017.

Independent developers would provide the games as well as the smart contracts that facilitate the transactions, while platform operators would provide the interfaces for playing the games. Players would receive predetermined portions of the tokens accumulated by game contracts immediately upon completion of each game. In some cases, a “referrer” would receive a portion of the payout for acquiring the player.

The “revolution” could benefit players and the industry alike. The technology enables the execution of random number generation through entirely decentralized platforms. The transactions on the blockchain are transparent to other parties using the network and are, therefore, verifiable. Further, all blockchain data transfers are protected by powerful cryptography and are almost entirely shielded from human error, tampering and removal. And in addition to eliminating a potential source of cheating, the absence of an operator removes third-party fees.

On the other hand, the decentralization of transactions—particularly where the entire platform exists on blockchain—means that the customer has nowhere to point the finger if he or she is cheated. And while blockchain technology greatly diminishes the likelihood of something unsavory happening, it does not entirely eliminate the possibility of fraud.

The biggest challenges for operators are regulatory, most notably the know-your-customer (KYC) hurdle. While the transactions on a blockchain are transparent, and therefore verifiable, the users are anonymous, and not having information on customers is unacceptable from a regulatory standpoint. Preventing money laundering, underage gambling and problem gambling without KYC tools is essentially impossible.

The challenge, then, lies in devising regulatory mechanisms that can be implemented in a decentralized environment. Regulators must nail down the location of whatever equipment is used to deliver the games. If random number generation and record storage are decentralized, they cannot be easily audited. Even if it is possible to locate multiple computers, what happens when the equipment spans multiple jurisdictions? Additionally, regulators would not be able to void bets when cheating occurs. And which jurisdiction’s laws would apply in the case of a dispute? Beyond gambling law, how would a blockchain casino comply with data protection laws?

The KYC problem is much more daunting. Ultimately, the industry needs a means of assigning centralized components for accountability to exist without compromising the advantages of using blockchain technology.

Perhaps the most compelling reason to regulate blockchain gambling, however, is that it will exist regardless of the law. Consider how long it took U.S. lawmakers to figure out how to contain online gambling and then consider that the enforcement of prohibition relies on going to the sources of funding. This becomes impossible in the decentralized environment.

The United States has not directly tackled the issue. The Unlawful Internet Gambling Enforcement Act prohibits “acceptance of any financial instrument for unlawful internet gambling.” The language is probably broad enough to cover cryptocurrencies, but again, an enforcement mechanism for banning blockchain gambling is non-existent.

The United Kingdom Gambling Commission (UKGC) addressed the issue by amending its license conditions to include “digital currencies” in its list of allowable cash equivalents. The language allows U.K.-licensed sports books to fund their accounts and receive payment using Bitcoin, although sites that are not licensed by the UKGC are not authorized to provide Bitcoin gambling to U.K. customers.

The most progressive jurisdiction to date has been the Isle of Man, where the Gambling Supervision Commission approved cryptocurrencies in 2016. The Malta Gaming Authority, meanwhile, is undergoing a study that will propose a regulatory framework for dealing with cryptocurrencies.

Ultimately, regulators will have to undergo a balancing act between difficulties with KYC and superior technology for assuring fairness and efficiency. But in the end, decisions that would otherwise be tough to make will become elementary upon facing the impossible task of enforcement.

Blockchain will consequently be a fixture for years to come.