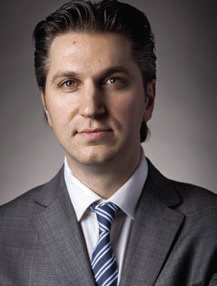 Amaya, Inc., owner of the world’s largest online poker company PokerStars, announced that David Baazov, the company’s CEO, is offering to buy out all the shares of the company and take it private in an all-cash deal worth billion.

The Montreal-based company said in a statement that Baazov and an unnamed group of investors are putting in a takeover bid of C$21 per share, for a total of C$2.8 billion, or US$2 billion. The offer price is a 40 percent premium over Amaya’s closing price on the Toronto Stock Exchange the day of the offer. While Amaya’s shares soared 27 percent to $19 in early trading, it ended the day at $18, a 20 percent rise.

Some analysts speculated that the wavering share price indicates the $21-per-share offer is too low. In an interview with Bloomberg, Maher Yaghi, a Montreal-based analyst with Desjardins Capital Markets, pointed out that the offer is well below his own previous value estimate for Amaya of C$28 per share, and its peak share price last year of C$37.28.

Baazov has been aggressive in building up Amaya’s fortunes since taking over as CEO in 2006, conducting acquisitions of iGaming companies like Calgary-based Chartwell Technologies, Ireland’s Cryptologic and B2B poker network Ongame, as well as acquiring U.S. Class II slot supplier Cadillac Jack, prior to acquiring PokerStars in 2014 to become the biggest player in the $4 billion global online poker business. Amaya subsequently sold Ongame to NYX Gaming and Cadillac Jack to AGS as it transitioned to a pure B2C company.

Last year, Amaya’s Canadian-listed shares dropped 39 percent as the iPoker market evolved and the U.S. dollar strengthened. Baazov has responded by building up his own stake in the company, currently at 19 percent.

Gadhia, will chair the special committee.

Amaya bought PokerStars and Full Tilt from Rational Group two years ago, and Baazov has spent much of the ensuing time clearing the name of the PokerStars brand in the U.S., where the company was among those that continued to operate U.S.-facing sites after passage of the 2006 Unlawful Internet Gambling Enforcement Act. Amaya is still facing “bad-actor” clauses in states considering internet gaming, despite the fact that Baazov purged all the former PokerStars ownership and executive team.