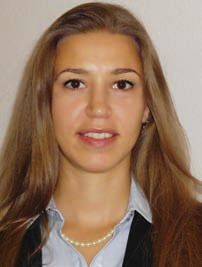 In May, more than a quarter century after the Professional Amateur and Sports Protection Act was signed into law, banning sports betting, the law was overturned by the U.S. Supreme Court. That will mean a busy 2019 for Laila Mintas of Sportradar US, the stateside arm of the Swiss-based global firm, which provides sports data analysis for the betting industry.

Why is this the moment for sports betting in the U.S.? Mintas says it starts with the numbers. “By some estimates, people in the U.S. spend $150 billion to $200 billion in the offshore market—a huge amount of money with no consumer protections and no income for the states.” By definition, she adds, illegal operators aren’t always on the up-and-up, and criminal elements abound.

“There’s always an incentive for people to offer players a few thousand to throw a game; then criminals bet on the outcome and make millions.” In fact, according to Interpol, criminals who once engaged in drug trafficking and human trafficking “now do match-fixing, because it’s such a high-profit, low-risk business.” In a legal industry, “nothing is under the carpet,” Mintas says. “In general, there’s always less corruption in regulated markets than in unregulated markets with zero transparency.”

In the past, the fiercest opposition to legal sports betting in the U.S. came from the leagues themselves, led by former New Jersey Senator Bill Bradley. A former NBA player, Bradley called the recent ruling “unfortunate,” and said it could lead to a crazy-quilt of state regulations that in some cases may lead to betting on “AAU games with 14-year-olds.”

At this point, his is a voice in the wilderness, and overwhelmingly, pro sports are buying into the new legal landscape. Last November, when Sportradar signed a deal with the NBA to distribute betting data to providers in the U.S., Scott Kaufman-Ross, the league’s vice president and head of fantasy and gaming, acknowledged, “We’re going to have better results in a regulated market than an unregulated market.”

All of which is welcome news for Mintas. A lawyer by trade, she has extensive experience in sports betting, digital sports and fan engagement and has worked with the major U.S. leagues as well as FIFA, UEFA, Google, Facebook, Twitter, Sports Illustrated, DraftKings and FanDuel.

She says the early explosion of sports betting in New Jersey “will probably accelerate the process for other states and create competition between the states from an integrity perspective. And that’s good. The more states that legalize it, the smaller the offshore market.”

She predicts 10 more states will join the groundswell in the new year, possibly starting with New York state. “Overall, I think it will be embraced and develop quickly in 2019.”

As the market grows, Mintas is on the run. She traveled at least 200 days in 2018, talking to regulators, legislators and operators, “advising them on what sports betting could look like, how it works in markets around the globe, what are the good and bad practices—but there’s no way to copy and paste things that were implemented overseas. It’s important for the U.S. to find its own way and its own solutions.”