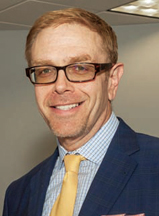 Mike Dreitzer is experienced in reinventing companies. As North America president for Ainsworth Game Technology, he oversaw the creation of a massive new Las Vegas headquarters that served as a springboard for the Australian supplier’s penetration of U.S. markets.

Last year, Las Vegas-based Gaming Arts, LLC, a leading international supplier of bingo and keno games and technology, brought Dreitzer in to take up another reinvention. David Colvin, the founder and CEO of the family-owned supplier, was expanding his business with a new research and manufacturing campus, as well as expanding his product line beyond bingo.

Colvin wanted to move Gaming Arts into the casino slot business, and had already hired veteran slot designer Keith Kruczynski as director of game development, a position identical to the one he held at the former Bally Technologies for 12 years.

“I was intrigued by David Colvin’s company, not only in terms of the types of products it had, but where he wanted to take it,” recalls Dreitzer. “After a series of conversations, I realized we shared a common view of the future.”

Dreitzer was named president of Gaming Arts in February 2018, and promptly picked up on what Colvin had started in the way of creating a ready-made Class III slot development group. He brought in Jean Venneman, the longtime IGT, Bally and Scientific Games design veteran, as chief commercial officer. He brought in Jason Babler, a marketing veteran who had worked for Ainsworth, Station Casinos and Club Fortune Casino, as product marketing manager.

By the time Gaming Arts was preparing its first slot products for the Global Gaming Expo, Dreitzer’s staff included 20 veteran slot developers, mathematicians and marketers, with more than 100 combined years of experience in the slot sector.

“A company has two main assets in my view, the product and the people,” Dreitzer says. “We were in the process of developing compelling products, but certainly needed to have the right people here.” After Venneman arrived, he says the company focused on adding veteran slot people.

“And we also found, to our great pleasure, that we had a really great group of very talented individuals who were already at the company. For me, it was about taking this group and integrating the existing outstanding personnel with additional great folks who had a lot of background in slots in general. Blending the two has given us a full depth of experience in all of our product lines.”

Dreitzer adds that the diverse disciplines mesh together well. “Our environment here is very collaborative,” Dreitzer says. “We are very fortunate in that we have members of the team who have a lot of experience in bingo and keno, and now members of the team who have lots of experience on the slot side. We believe the synergy of those skill sets creates a unique product set.”

The industry got a first look at the products of the newly revamped Gaming Arts at October’s Global Gaming Expo, and according to Dreitzer, the coming out party was a smashing success. On the slot side, one of the hits was Super Bingo, which is a bingo Class III slot machine, currently rolling out in several casinos. “Those are first-of-their-kind anywhere in the industry; nothing like it exists,” Dreitzer says. “These are games in which you play bingo in a Class III format, with entertaining features and lots of bonuses.”

On the video slot side, three different series of games, each designed for a different style of player, impressed attendees with a number of new play mechanics.

“People across the board were eager and interested in all our slot products, and they could hardly believe that we’ve been in the video reel slot business for less than a year,” Dreitzer says. “And we’ve continued to innovate in the session bingo space and keno space as well.

“We’re very excited, and we feel that 2018 has positioned us for a strong run in all these categories next year.”

Meanwhile, Dreitzer says the next few months will be focused on “blocking and tackling,” as the company rolls out Super Bingo, followed by the video slots, first in tribal jurisdictions, then in Nevada.

“The G2E show gave us great momentum, so our priority now is to get product out, and show we can delight our customers and delight their players.”