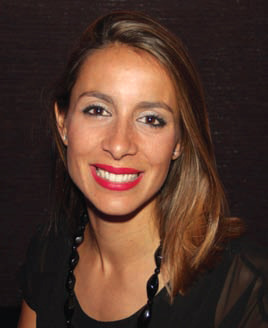 Patricia Lalanda has dedicated nearly a lifetime to progress the interests of the gaming industry in her home region of Europe, and globally, as a key member of the law firm Loyra Abogados. As the daughter of co-founder Carlos Lalanda Fernández, Lalanda has literally grown up in the gaming industry. She spent a portion of her childhood in the United States, in upstate New York, where she observed early tribal gaming expansion firsthand. She celebrated her 18th birthday at the famous Casino Madrid, and the rest is, as they say, history.

Based in Madrid, Spain, Loyra is well-known for its historic role in gaming regulation and corporate law. The firm has paved the way for governments and gaming companies for over three decades in navigating the transition from traditional brick-and-mortar casinos to the internet and technologically progressive gaming formats of today. The company has provided a rich platform for Lalanda, and she has embraced the opportunity, becoming a true gaming industry leader.

Having received her law degree from the prestigious Carlos III University of Madrid, and a master’s degree in intellectual property from the University Autónoma of Madrid, Lalanda’s success is no surprise. Loyra is most active in Europe and Latin America, where since 2010 Lalanda has formed concentrations in IP including trademarks, with a unique perspective on taxation and gaming industry implications.

Sub specialties include internet gaming, fantasy sports and the role of IP issues in merger and acquisition transactions. Lalanda has also initiated a unique practice in virtual currencies, also with an angle on how such innovation may evolve within gaming platforms.

Lalanda attributes much of her success to the true passion she feels for the work she takes on. “Every day, I do my best for one more day,” she says. In addition to her day-to-day activity at Loyra, Lalanda acts as a professor of gaming and virtual currencies at the University Autónoma of Madrid and in the IE Business School.

She has also served in leadership positions including counsel to the Ideas for Progress Foundation, and gaming industry affinity groups. Her love for sports led her to being team captain for an inline hockey top division team, in a sport she played semi-professionally for 14 years. Lalanda resides in Madrid, and when she is not traveling to serve Loyra’s diverse client base she thoroughly enjoys traveling the world for new life lessons.