Vice President of Slot Operations and Marketing, The Cosmopolitan of Las Vegas 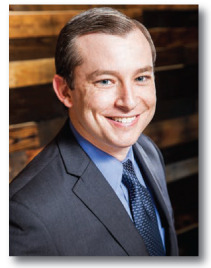 Since he was 5 years old, Kevin Sweet, vice president of slot operations and marketing at the Cosmopolitan of Las Vegas, has known he loved slots and wanted to be in the gaming industry.

“My aunt had a slot machine in her house, and I would play anytime we would visit,” Sweet remembers.

Upon thinking about his success and leadership style, Sweet acknowledges earning the respect of the people he manages has been a great challenge, and an important ingredient in his recipe of success. He credits being known for working hard and always saying yes.

Early in his career Sweet was once asked, “Do you have a passport?” A simple “Yes” to this question earned him the opportunity of a lifetime. Due to a last-minute planning challenge, Sweet was on the next plane out to Macau to hand-deliver slot machine locks that had inadvertently been overlooked and were required before the MGM Macau could open three days later.

Asked what he enjoys most about his career, Sweet says, “Seeing your ideas get executed and seeing your customers gravitate toward them is always exciting. When it all comes together it’s a complete rush.”

This passion for serving his company and his clients is a central theme which drives his energy. “We are in a people-person business,” he says. “Are you friendly, are you welcoming, outgoing?” These are the traits he prides himself on and ones he looks for in other leaders within the industry.

Prior to his current role at the Cosmopolitan of Las Vegas, Sweet managed corporate slot strategy for seven casinos and more than 12,500 slot machines for the Seminole Tribe of Florida. He has served as the executive director of global slot operations for Las Vegas Sands, director of slot operations at Aria Resort & Casino and slot operations manager at Bellagio.

Sweet credits much of his success to a number of great mentors and industry leaders who have supported his career. He names Justin Beltram, his vice president of slots when he was at Treasure Island, Michael Volkert, his vice president of slots at Aria and Bill McBeath, president and chief executive officer of the Cosmopolitan of Las Vegas, as being instrumental in his career growth. “Having the opportunity to work for Mr. McBeath is an opportunity no one in the industry should ever pass up,” Sweet says. “His complete knowledge of the entire hospitality industry continues to amaze me.”

Sweet, in fact, is passionate about the Cosmopolitan in general. “We have the best loyalty rewards program, the property is hip and sexy, we’re the only resort to feature balconies in our rooms, and we now have a renewed focus on gaming,” he says. “We have just built a new high-limit slot room, Table Games now offers two high-limit rooms, a sports book is being built on the main casino floor—our new owners are really giving us the tools to bring the casino floor to life.”

Sweet has turned his passion for slots and gaming into a very successful career. Asked about the future, he says many seem to be jumping the gun on the coming of the millennial generation.

“There are definitely opportunities to make gaming more attractive to a younger generation, such as enhanced ETG content or dedicated gaming lounges, but ultimately I think there is too much time being focused on how to get 30-year-olds to gamble,” Sweet says.

“At the end of the day, money won is twice as sweet as money earned, and this generation will gamble when they are ready to gamble.”