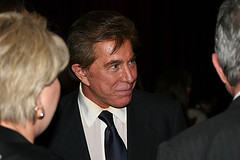 It appears Steve Wynn has found a way into the New Jersey online gambling market without actually buying a brick-and-mortar Atlantic City casino.

The announcement initially said 888 would provide the platform for Wynn’s New Jersey online operations. Since Wynn doesn’t currently own an Atlantic City casino and New Jersey’s online law requires the servers and technology for online sites be housed in one of the city’s 12 casino, the announcement seemed somewhat speculative.

The partnership seems much clearer now. New Jersey law will  allow more than one online operator to be housed in a single casino, according to David Rebuck, director of New Jersey’s Division of Gaming Enforcement.

“On one side of the room ABC company can have its server, next to it can be a server from another company,” Rebuck told Bloomberg.

The move means, Wynn Resorts Ltd. plans to run its online gaming business from the property of one of its biggest competitors, Caesars Entertainment Corp. Bloomberg cited “a person with knowledge of the situation” in its report.

According to Bloomberg, the partnership will give Wynn a physical presence in a New Jersey casino for its computer hardware. Local gambling rules can force competitors to cooperate to gain a slice of what researcher H2 Gaming Capital estimates could be a $7.4 billion online market in the U.S.

“As the online business rolls out on a state-by-state basis, everyone will need to partner with someone,” Itai Frieberger, chief operating officer of 888 Holdings told Bloomberg. “You’ll find very strong partnerships in some cases with competitors in order to get a license.”

Frieberger declined to say where Wynn’s computers would be located.

Michael Weaver, a Wynn spokesman, declined to comment. The arrangement between Caesars and 888 Holdings isn’t exclusive, said Seth Palansky, a spokesman for Caesars, which owns the World Series of Poker brand.

As for the partnership between Wynn Interactive and AAPN, the online provider will now develop and deploy Wynn’s online offering in New Jersey, Nevada (where Wynn does own casinos), as well as other US states that approve online gaming in the future.

AAPN will provide Wynn with its poker, casino and back-office platform, in addition to additional operational services.

David Licht, executive chairman of AAPN, said: “The platform and ancillary services AAPN will offer through 888, coupled with Wynn’s marquee brand, which is synonymous with quality and trust, will further establish our offering in the forming U.S. regulated online gaming market.”