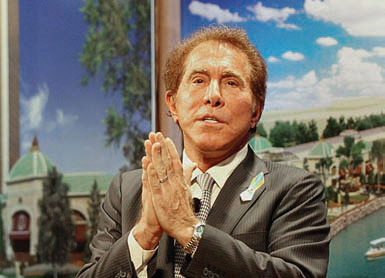 Casino Mogul Steve Wynn remains hard to read, but his word still carries a lot of weight in the gaming business.

Recently quoted as saying he’s not sure if online gaming will be a moneymaker for the industry and echoing concerns about underage gambling made by casino rival Sheldon Adelson, Wynn has set the gambling industry abuzz.

But it’s hard to pin down exactly what Wynn thinks of online gaming.

On the one hand, Wynn Interactive has been approved for a transactional waiver to begin online gaming in New Jersey. Wynn is partnered with Caesars Entertainment in the state, which already offers four online gambling sites through its Atlantic City casinos.

On the other hand, even though New Jersey state regulators have issued the waiver to Wynn Interactive—which allows online sites to operate while the company’s full application is under review—the company says its online plans for the state are on hold.

The New Jersey Division of Gaming Enforcement also granted a request by Wynn and Caesars Interactive to conduct internet gambling operations with the All American Poker Network and 888 Atlantic Limited, an affiliate of a Gibraltar-based online betting firm 888 Holdings, according to the Associated Press.

Meanwhile, reports in Nevada have Wynn agreeing with Adelson—who is self-financing a move to have all internet gambling banned in the U.S.—that online gambling may not be good for the country.

In an interview with political commentator Jon Ralston, Wynn said he now doesn’t see a “business opportunity” in online gaming, and has put plans for his New Jersey online casino on hold.

Wynn also said he is not sure the technology used to block minors from gambling online actually works. He said in the interview that he agrees with Adelson, who has often pointed to the threat of underage gambling as a major problem with internet gaming.

Wynn also expressed concerns about government’s “insatiable appetite for revenue” and wondered if the government would actually allow operators to make a profit.

Wynn stopped short of calling for a total ban, however. The Review Journal cites sources as saying Wynn does not plan to financially back Adelson’s efforts.

Other sources told GGB that it’s more likely that Wynn’s comments may reflect a falling-out with Caesars Entertainment, which runs the potentially very lucrative WSOP.com poker site, rather than with the entire idea of online gaming. WSOP.com is now taking real-money bets in Nevada and New Jersey, which both have approved online gambling.

Wynn is reportedly upset with Caesars CEO Gary Loveman for naming Wynn in a lawsuit against the Massachusetts Gaming Commission stemming from Caesars’ failure to get a casino license in that state. Wynn’s pulling of his internet venture in New Jersey apparently blindsided Caesars officials, the sources told GGB.

Wynn did say his opinion could change again, but feels the issue is somewhat moot since Congress is unlikely to act on internet gaming anytime soon.

“They can’t agree on anything, especially something this esoteric,” Wynn said.

Wynn’s comments and apparent about-face concerning online gambling come as sides are being drawn for a fight over Adelson’s push for a ban.

A new coalition backed by MGM Resorts International and the American Gaming Association has been formed to fight Adelson’s push for a nationwide ban on internet gambling. Caesars Entertainment is reportedly also backing the coalition.

The Coalition for Consumer and Online Protection plans to launch an initial three-week, $250,000 online and print-ad campaign against a federal ban. The campaign will be focused on the Washington, D.C. market, and to a lesser extent Nevada.

The coalition already conducted a poll through North Star Opinion Research last month, which found 33 percent of voters “strongly” oppose a ban compared with 22 percent “strongly” supporting it. The poll also found that 74 percent of respondents favor letting states decide individually on internet gaming as opposed to a federal ban.

In a statement, the MGM-supported coalition said a federal law banning online gaming wouldn’t stop online gaming. Instead, a ban “would jeopardize consumer safety, allow for the existing overseas black market to thrive, stifle innovation and growth, and infringe on individuals’ and states’ rights.”

Adelson, owner of Las Vegas Sands, formed his own Coalition to Stop Internet Gambling in January and has already picked up some major allies. About 15 state attorneys general have co-signed a letter to congressional leaders and House and Senate Judiciary panel members to keep online gaming illegal. Adelson’s coalition has said it plans to go state by state to oppose online gaming.