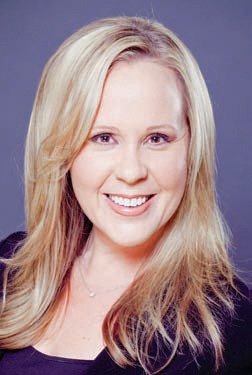 Kirsten Clark may be the ultimate commuter. As senior vice president and COO for Gaming Partners International Corp.’s Asia Pacific operations with responsibility for global product management, Clark spends much of her time in flight, trekking from Nevada to Asia with intermittent business jaunts to Europe.

It’s a non-stop life she never envisioned growing up in rural Madison County, Idaho. From girlhood, Clark set her sights on a law career. All that changed when she moved to Las Vegas and got her first job in gaming, in the marketing department at Shuffle Master. She was 21. “I didn’t know much about gaming and had no idea how widespread the industry was,” Clark says. “But shortly thereafter I was hooked.”

It’s been an upward trajectory ever since. After sprinting through the ranks at Shuffle Master, ending as vice president of global marketing, Clark moved to GPI in 2011 and was promoted to her present role in October. Today, she oversees the casino currency provider’s worldwide product branding, marketing and advertising initiatives.

High on her to-do list is the advancement of GPI’s new technologies, including RFID-embedded casino chips, plaques and jetons. The electronic inventory system “gives casinos the ability to know with a high degree of accuracy where the chips are,” down to the individual table and tray, thus guarding against counterfeiting and making table games more efficient and profitable. After all, Clark points out, a chip is not just a chip: “It’s money.”

Importantly in this service-minded industry, RFID is a win-win for the gaming halls and the players. “Using RFID chip readers, a casino can have access to ongoing balances and eliminate the need to have dealers and other staff manually count down the trays as part of daily procedures,” Clark notes. While the initial investment for a property may be significant—“and table games are already more cost-intensive than slots”—use of RFID can decrease labor, improve rounds per hour and eliminate down time for patrons, who aren’t even aware that the currency is being continuously tallied.

The technology is presently more appreciated in Asia, where a single property may keep track of millions of pieces of currency. But it’s rapidly spreading to other jurisdictions, including the U.S. and Europe, says Clark.

“We’ve made a very deliberate effort the past two years to re-focus RFID development on functions that drive casino performance and efficiency,” she says. “Now that its return on investment value has been expanded beyond just currency security to include table and back-of-house efficiencies, we’re seeing a definite growth of interest.” In addition, the ubiquity of the system will likely bring down costs.

Asked to describe her favorite part of the job, Clark responds, “The people I work with, both inside GPI and within the industry. I’m truly blessed to work with so many talented and inspirational people around the world who’ve instilled within me a passion for the gaming industry and table games in particular. I quite simply can’t imagine doing anything else.”

Of necessity, Clark has become a citizen of the world, but she is still most at ease when she’s in Vegas. “I certainly feel like a local,” Clark says of the place she got her start. “This is my home.”