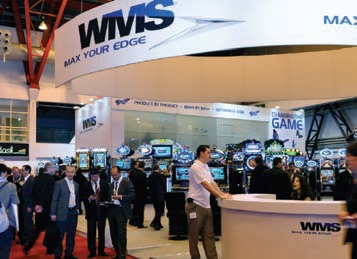 WMS Industries and its main operating company, slot manufacturer WMS Gaming, is downplaying a steep year-on-year decline in earnings as reflected in results reported for its second quarter, which ended December 31.

For the quarter, WMS posted net income of $162.2 million, or 29 cents a share, which is an increase over the previous quarter, but is off by around 30 percent compared to the same quarter in fiscal 2011, when the company posted profit of $27 million, or 46 cents per share, on revenues of $199.9 million.

WMS Chairman and CEO Brian Gamache said in a statement after the results were announced that he’s confident the company’s newest innovations will lead to a comeback this year.

“Reflecting the quarterly sequential improvements in unit shipments, revenues, and cash flow from operations, and the ongoing improvements in the pace of jurisdictional approvals for our newest products, we believe the inflection point in our operating and financial performance is now behind us,” Gamache said.