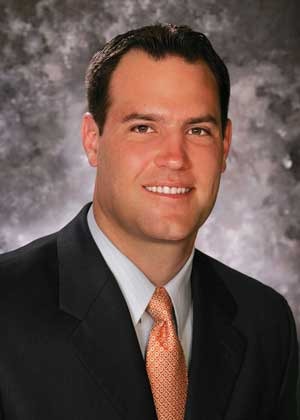 Penn National Gaming Inc. has announced a new organizational structure for its executive management team to coincide with the transition of Jay Snowden (l) to the role of chief executive officer January 1, following the retirement of current CEO Timothy Wilmott.

Wilmott announced his retirement plans in August. In an interview with CDC Gaming Reports in October, the 62-year-old CEO said he promised his wife he would stop working when their daughter was grown. He also said the time is right for Snowden to step in.

“If I had stayed a couple more years, Jay could have left and gone somewhere else to get a CEO job,” Wilmott said. “Jay and I have known each other 18 years. We worked together at Harrah’s. Jay’s got a lot of running room now, and at 44, he’s going to be able to steer this company forward for a lot of years.”

The reorganization includes the promotion of Todd George to executive vice president of operations and a change of title for Chris Rogers to senior vice president and chief strategy officer. Some of the moves are subject to regulatory approval.