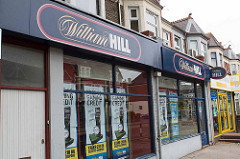 William Hill has turned down a .2 billion bid from 888 Holdings and the Rank Group to acquire the U.K. bookmaker.

The bid offered 364 pence a share, with 45 percent of that being shares in a new company formed to make the acquisition, William Hill said in a press statement. The stock bid was 16 percent lower than William Hill’s stock price before news of the acquisition leaked, the statement said.

The bid was essentially $1.7 billion in cash plus 45 percent of the newly created company.

“This conditional proposal substantially undervalues William Hill, is highly opportunistic and does not reflect the inherent value of the business,” William Hill Chairman Gareth Davis said in the statement. The “highly complicated” proposal involves “substantial risk” for shareholders, as the merged company would be saddled with?$2.2 billion of debt to fund the cash part of the deal, it said.

William Hill’s statement on the rejected bid, however, did not say the idea of the merger was unacceptable, leaving open the possibility that it would consider a higher bid. 888 Holdings and the Rank Group are expected to make another offer, according to analysts, but it is unclear if the two companies have the cash needed to close a deal.