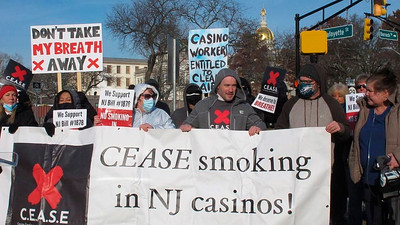 In June, C3 Gaming (Casino Consultants Consortium) issued a follow-up to a survey they did on the impact of smoking bans on casinos, and again came up with some quite interesting data. As the New Jersey legislature considers a bill that would ban smoking in Atlantic City casinos, the industry’s lobbying group, the Casino Association of New Jersey, commissioned a report from Spectrum Gaming that detailed lots of dire consequences should a ban go into effect that included the closing of at least two casinos and the loss of thousands of jobs. In the new report, C3 points out that the data used by Spectrum is in most cases at least 10 years old, and presents updated revenue numbers that suggest that a smoking ban doesn’t harm gaming revenue, and in fact, can actually increase it, along with cost savings on cleaning, repairs and air handling. The report points out that 157 tribal casinos have banned smoking since the pandemic, and even some casinos in Pennsylvania, where smoking is allowed, have voluntarily banned smoking with no ill effects on gaming revenue. In New Jersey, a majority of members in the state Assembly have signed on as sponsors of the smoking ban bill and Governor Phil Murphy has said he would sign any bill that arrived on his desk. Thus far, no hearings have been scheduled on the bill. New Jersey and Pennsylvania are the last holdouts in the northeastern U.S. to continue to allow smoking in casinos. The tribal casinos, Foxwoods and Mohegan Sun in Connecticut, have voluntarily imposed a smoking ban. To access the study, visit C3gaminggroup.com. 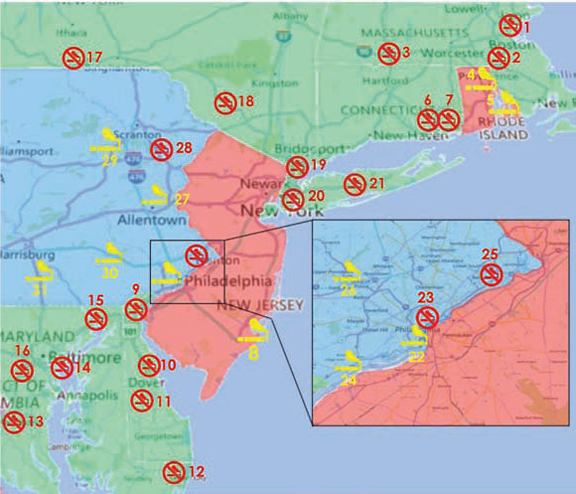