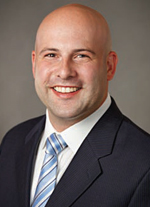 Evan Davis’ lack of gaming experience ironically is what helped him secure the vice president and general counsel position at SugarHouse Casino, and as he says, when opportunity knocked, he was compelled to answer.

Upon graduating from the University of Pennsylvania Law School, Davis clerked for a federal judge for one year, and then joined a large international law firm in Philadelphia, never anticipating his career path was leading him to the gaming industry.

After working as an attorney for several years, Davis began exploring in-house opportunities, and during the interview process at SugarHouse, it became apparent that his position as an “outsider” to the industry actually gave him an advantage.

“My decision to leave law-firm life and take this job was a roll of the dice (pun intended),” he jokes, “but I’d say it’s turned out pretty well so far.”

Davis credits SugarHouse’s then-GM Wendy Hamilton and her executive team with selling him on the people and the fundamentals of SugarHouse’s culture: fun, service, integrity and respect.

“SugarHouse is a company that believes in the power of ideas,” Davis states. “It’s a company that encourages its leaders to think outside the box and not necessarily ‘stay in your lane.’”

He describes the executive meetings there to be more like huge brainstorming sessions, allowing emerging leaders to have their voices heard on a wide range of issues and topics.

Davis has had the opportunity to work on a variety of projects at SugarHouse beyond a legal capacity, most recently working on launching their sports betting operation. He is thrilled that he’s been able to branch out in a broader capacity as a “gaming executive” and tries to be available and approachable to his colleagues to provide candid and honest perspectives on the company and his experience with the industry.

Beginning with his parents, Davis has been fortunate to have had many mentors in his life. He credits his parents for instilling in him from a young age that his achievements would be a result of his actions and would not simply be handed to him. He recognizes his father-in-law as being a tremendous resource for him professionally.

Within the Rush Street Gaming family, he’s learned much from watching and working with former GM Hamilton, CEO Greg Carlin, and Vice President of Regulatory Compliance & Legal Counsel Laura McAllister Cox. Over the past few years, Jordan Savitch, the former general counsel at Penn National, has also acted as a mentor and resource for Davis as he navigates the gaming industry.

When he’s not working, Davis enjoys spending time with his family, watching his older son play soccer and his younger son excel at kids CrossFit, and attending Penn basketball games.

In looking at the future of the industry, Davis sees the rise of internet gaming and sports betting as significant opportunities for young professionals to make names for themselves.

“Both brick-and-mortar properties and online companies are adding new roles and positions,” he says, “and there is a significant dearth of people in this country with a lot of experience in these areas.”

He admits that as a young person embarking on a new career, the hardest thing is acknowledging what you don’t know, but that staying humble, asking questions and asking for help are keys to successfully moving ahead. Additionally, his recommendation to other emerging leaders is to always look for opportunities to work on projects that might be out of their comfort zone, and whenever asked to take on additional responsibility, say yes.